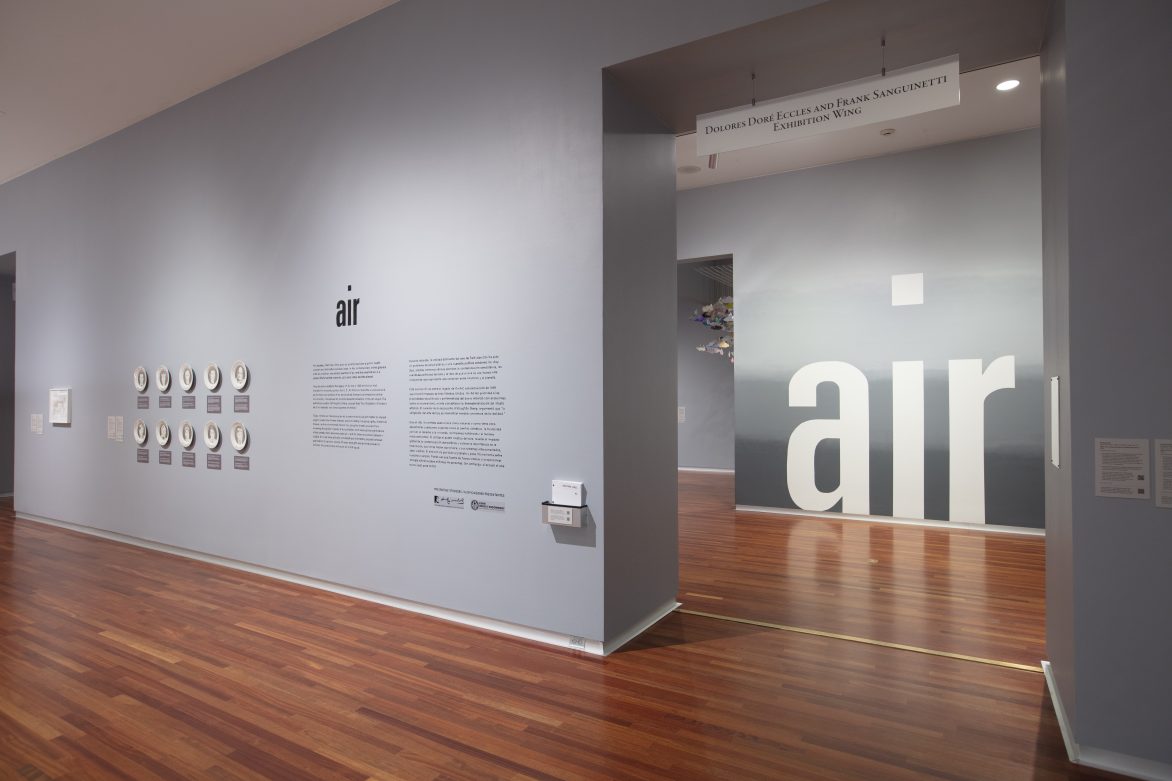 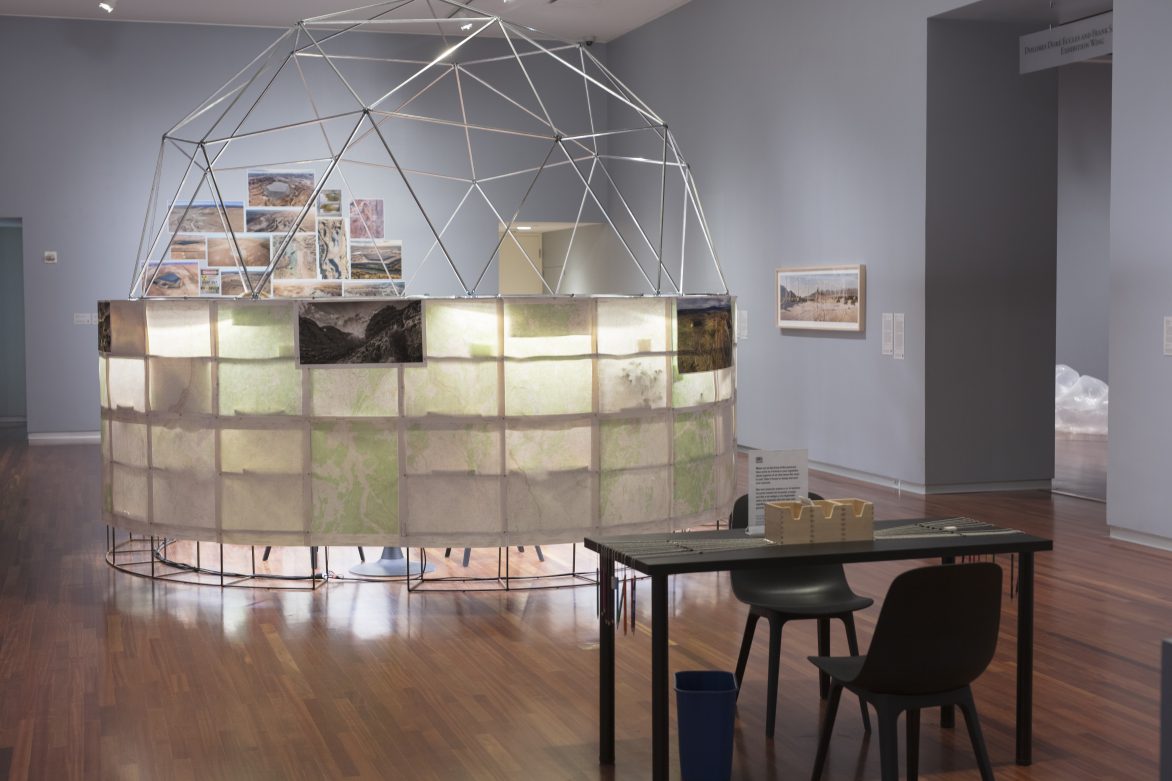 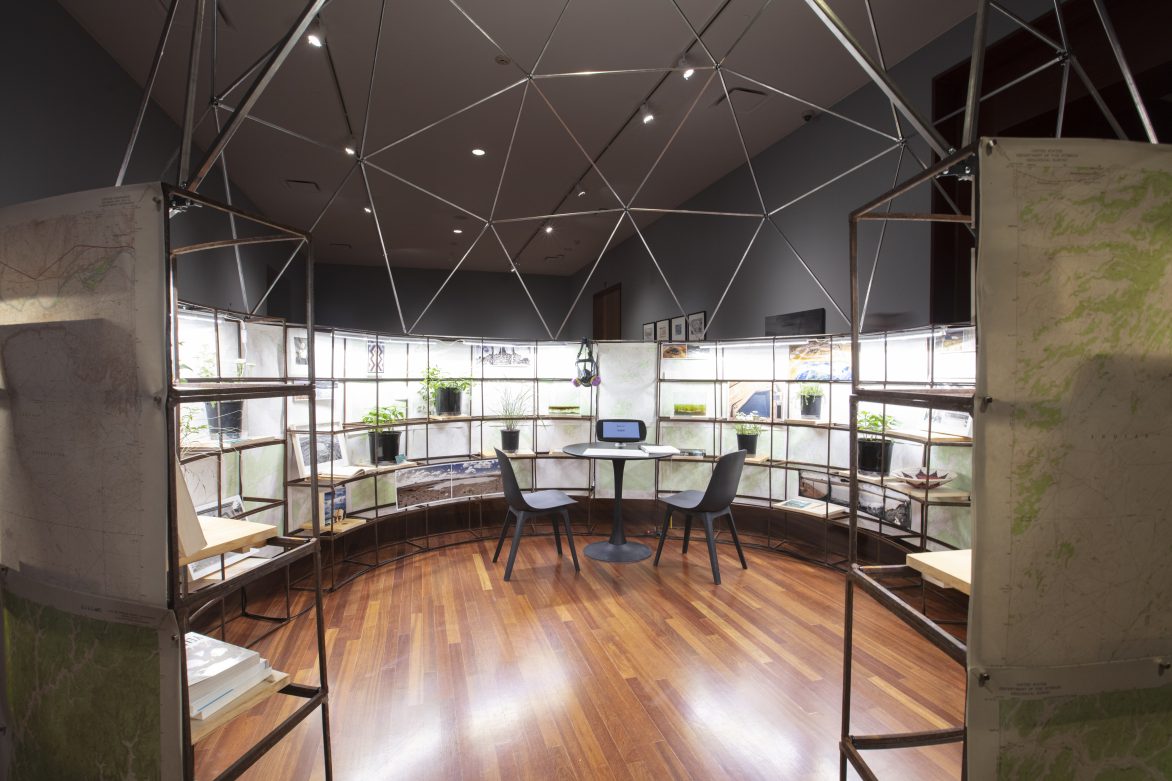 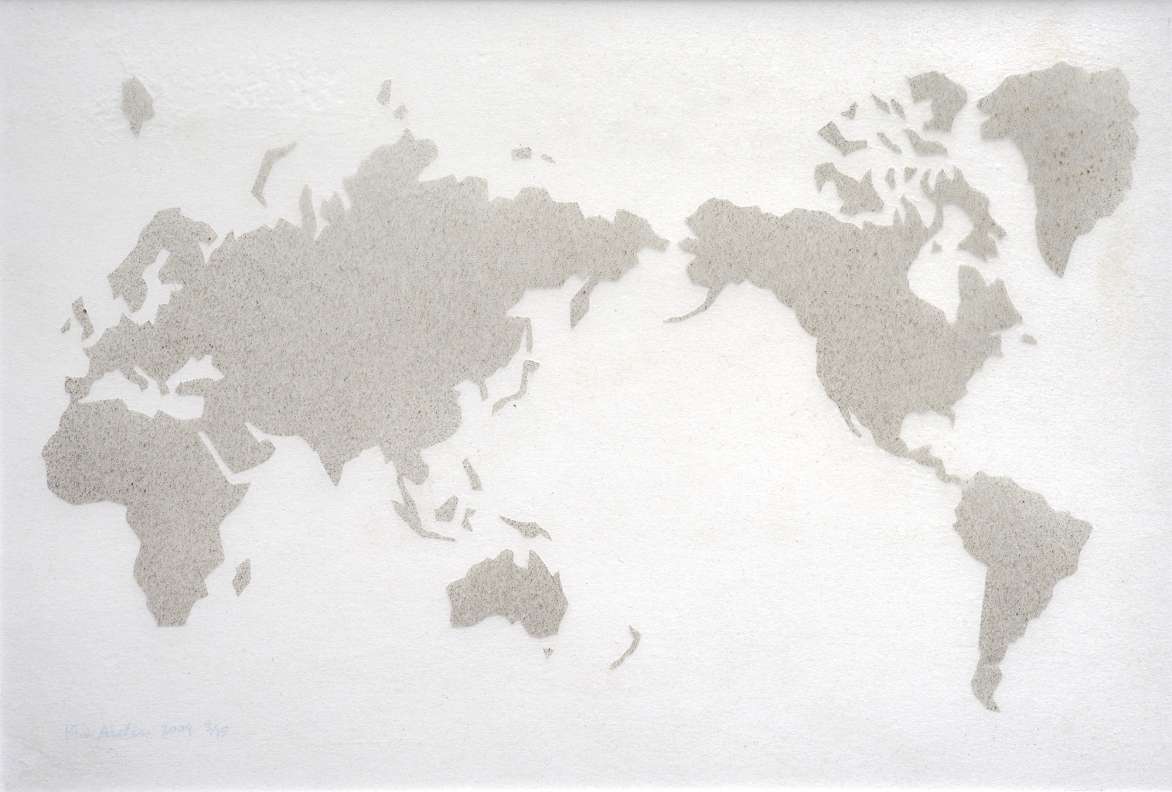 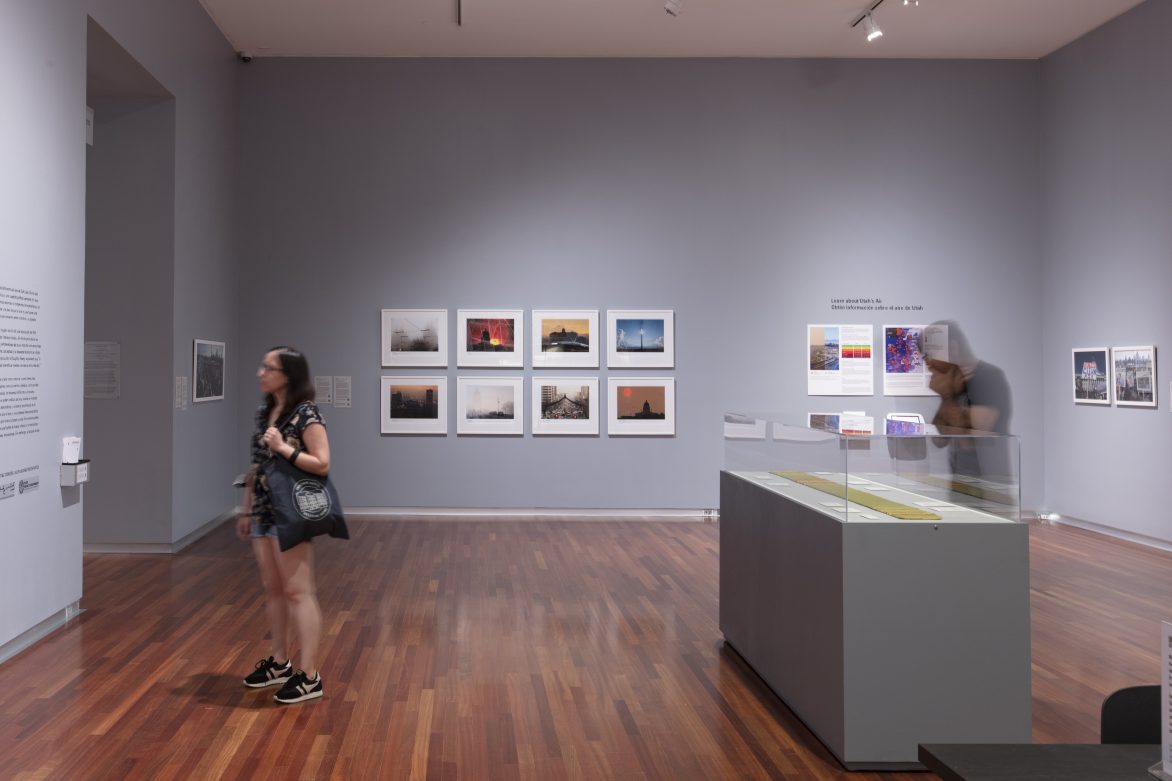 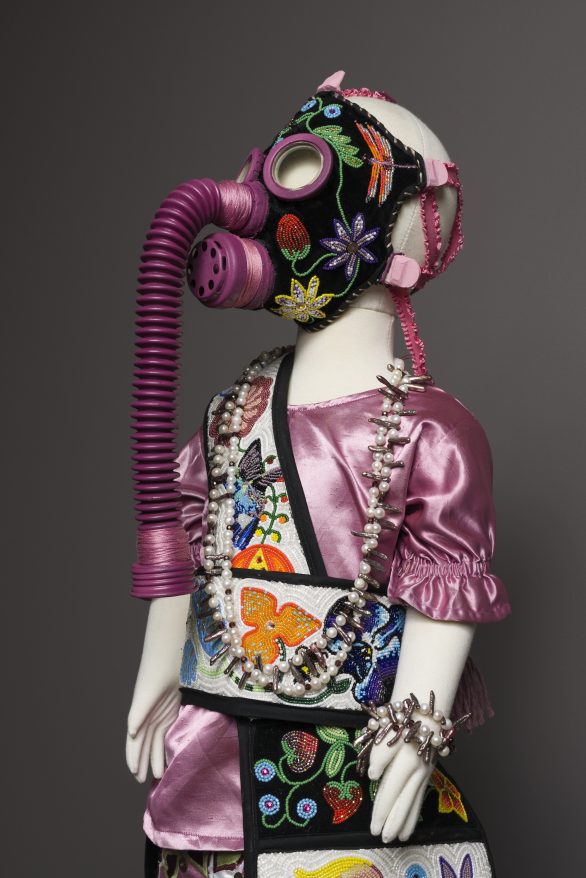 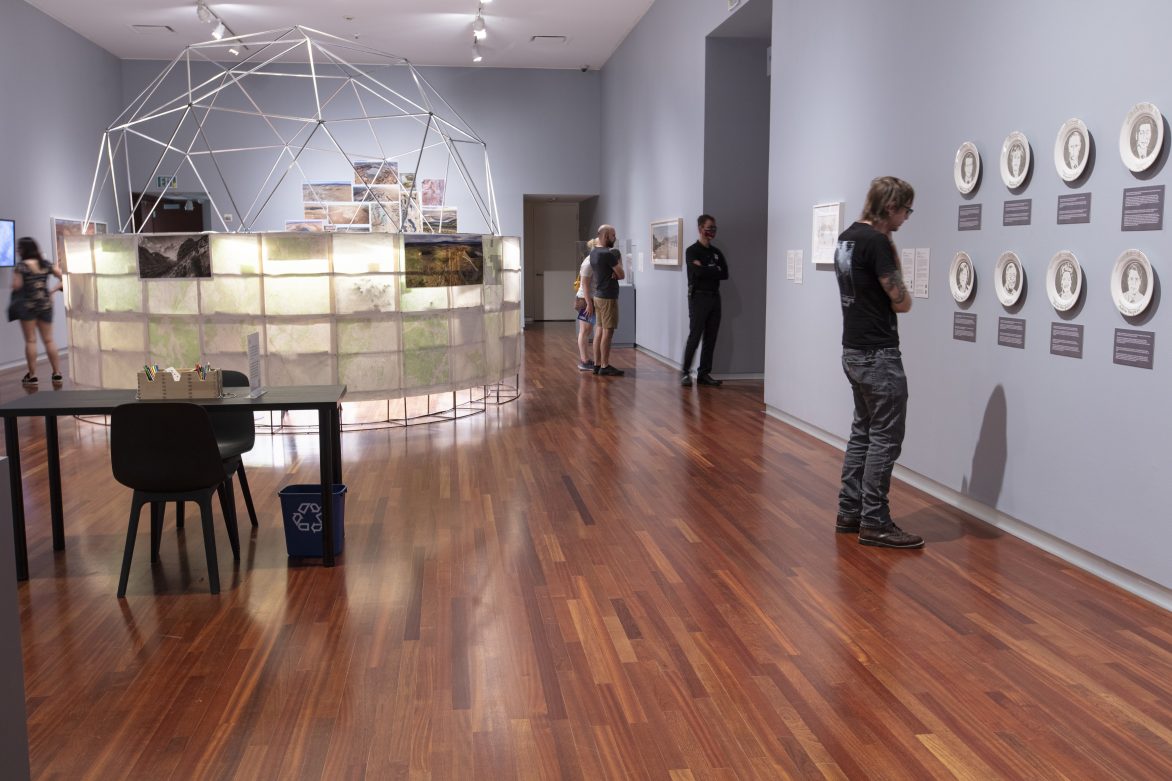 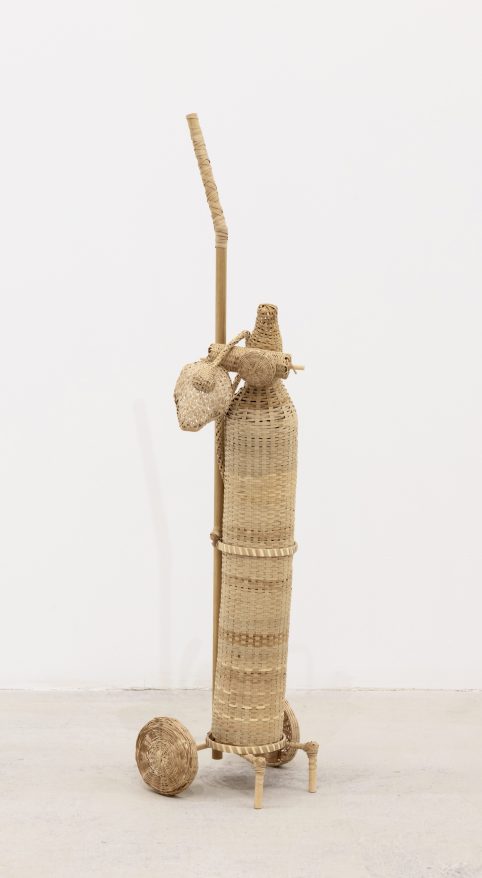 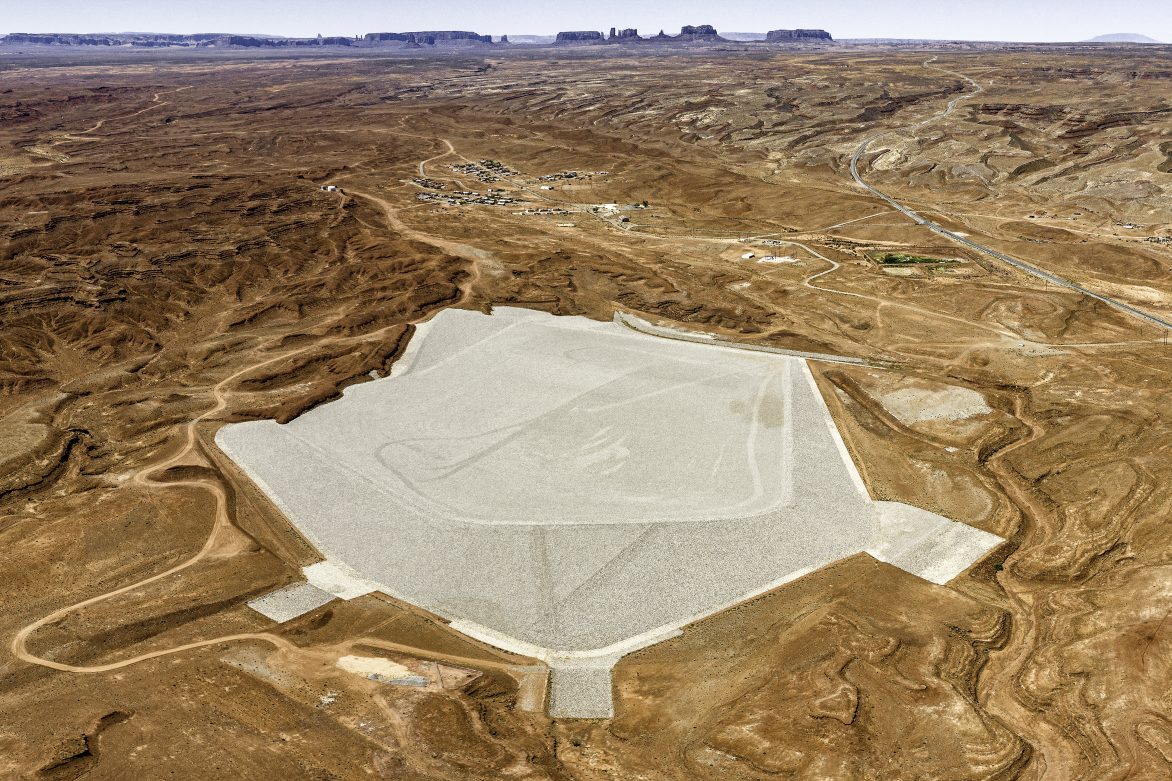 Inspired by the 1968 exhibition Air Art that positioned air as a conceptual artist’s medium par excellence, UMFA’s Air exhibition will explore contemporary approaches to air as an artistic subject, a physical material, and a conceptual lens through which to understand our cultural moment. While some artists continue earlier generations’ productive engagement with air’s immateriality, others invest it with political weight. Socially engaged projects around environmental activism for example illuminate the everyday impact of deteriorating air quality, and bring new, needed attention to a pollution crisis that imperils the entirety of the natural world.

Included in the exhibition is a large-scale, site-specific digital installation by Andrea Polli that uses custom software, LED panels, and projection technology to raise awareness of environmental issues.  Polli will use networked sensors to conduct comparisons of local air quality and to chart regional pollution rates. Other works include Sabrina Raaf’s painting robot, which translates carbon dioxide levels into green paint strokes on gallery walls, making explicit the inhalations and exhalations of a single community; Kim Abeles’ Smog Collectors series in which the artist leaves plates with stencils on them on local rooftops where they collect particulate matter that will form an image once stencils are removed; Anirudh Sharma and Graviky Labs’ “soot ink” that will be used in posters for the Native environmental activist group SLC Air Protectors; and the artist-led think tank Center for Genomic Gastronomy and Edible Geography’s Smog Tasting, which involves whipping eggs for cookies at various busy intersections around the city as a way of gauging variations in taste to indicate different hyper-local pollutants.

On May 13, 1994 the Andy Warhol Museum opened its doors to the public. The museum holds the largest collection of Warhol’s artworks and archival materials, and is the most comprehensive single-artist museums in the world and the largest in North America.