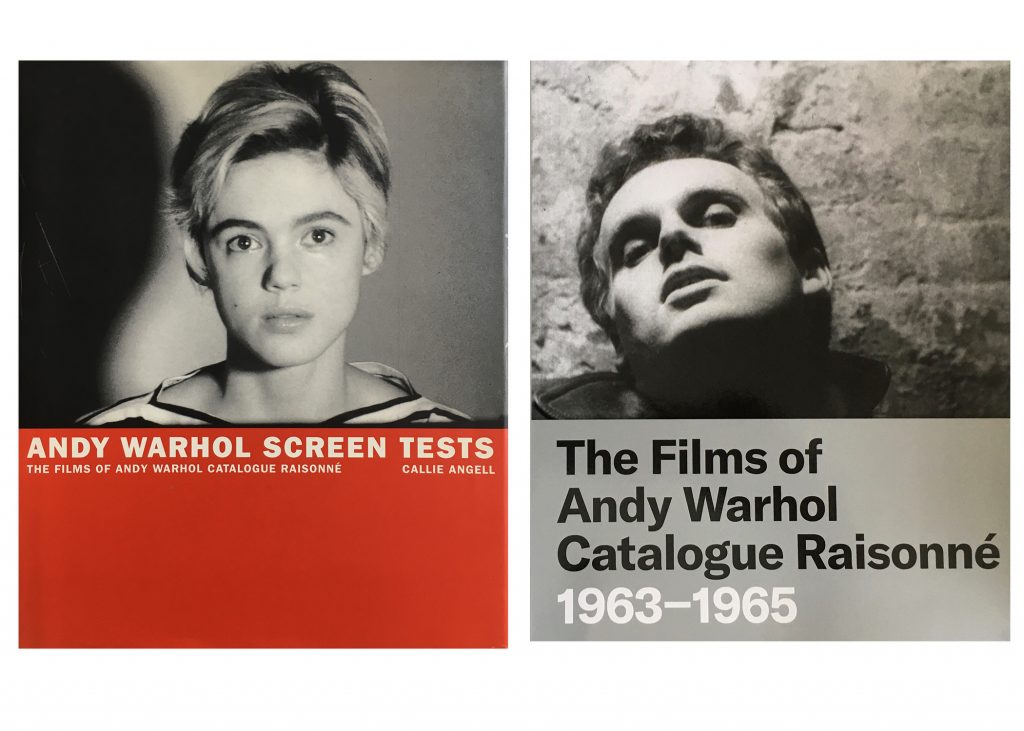 After Warhol’s death, thousands of reels of film were found in his home, in labs, and in the Factory.  These were combined with the films that Warhol himself had put on deposit at the Museum of Modern Art in 1984, and as a result of a series of grants from the Foundation, they are being preserved and documented through The Andy Warhol Film Project, a joint undertaking of MoMA and the Whitney Museum of American Art. To initiate work on a catalogue raisonné of the films, the Whitney hired film historian Callie Angell as adjunct curator of the Andy Warhol Film Project in 1991. After more than fifteen years of exhaustive research, Angell’s Andy Warhol Screen Tests: The Films of Andy Warhol Catalogue Raisonné Vol 1, was published in 2006 by Harry Abrams and the Whitney Museum of American Art.  The book – a resource of unprecedented scope and depth – presents stills from each of the 472 screen tests accompanied by detailed information about the film stock, its physical condition, any preservation undergone, a narrative description of “what happens” over the course of the shot and biographic information about the sitters. The second volume of The Films of Andy Warhol Catalogue Raisonné will cover the rest of Warhol’s cinema.  Arranged in chronological order, each film will be documented with a filmographic entry, a film materials entry, preservation information, one or more frame enlargements and possible other related illustrations, and will be further explicated in an essay which describes the content of the film, the circumstances of its making, its relation to other films and works by Warhol, and other relevant history. 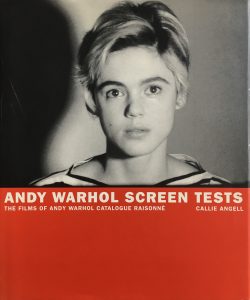 Published in association with the Whitney Museum of American Art In the mid-1960s, at the height of his creative powers, Andy Warhol produced hundreds of three-minute cinematic portraits, called “Screen Tests.” Although rarely screened now, these short films captured a virtual who’s who of the avant-garde, including such cultural icons as Edie Sedgwick, Bob Dylan, Salvador Dali, and Susan Sontag. At last, in the initial volume of the authorized catalogue raisonni of Warhol’s films, Warhol authority Callie Angell examines all 189 people captured by Warhol’s lens. Stills from many of the films appear here for the first time. Drawing on 13 years of original research into the Screen Test subjects and their relationships to Warhol, Angell provides an unprecedented look at the pop art master’s working method, and a unique record of his colorful social and professional life. 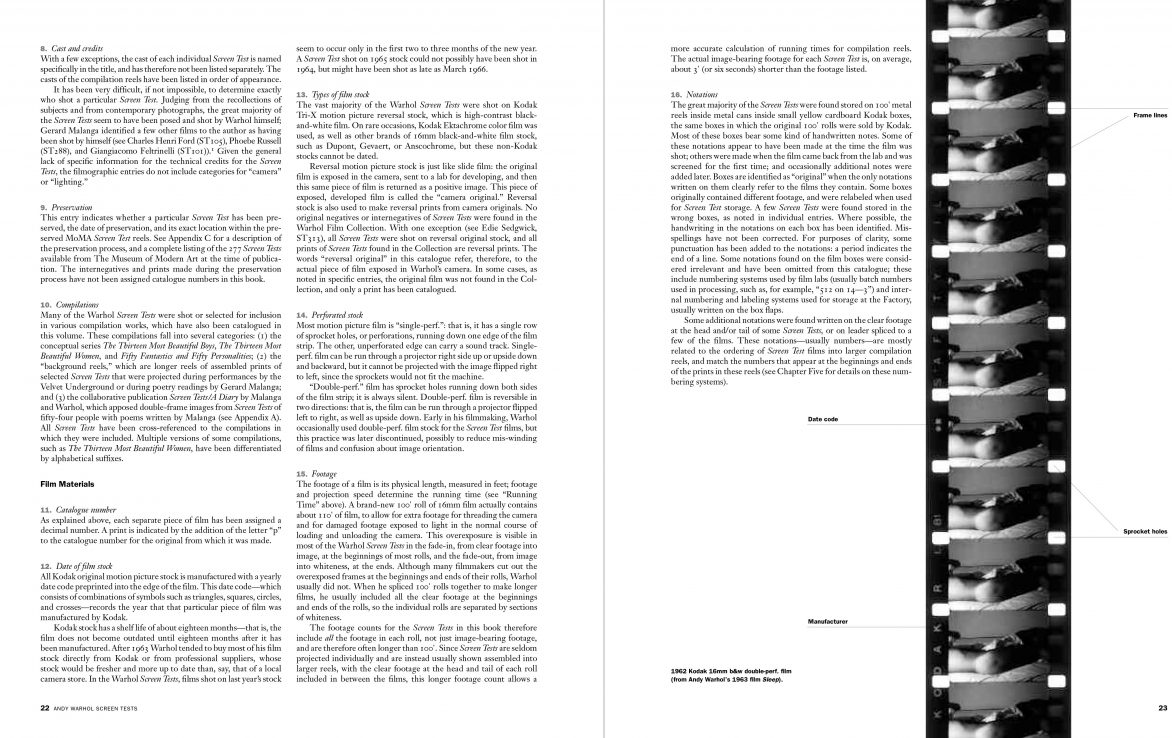 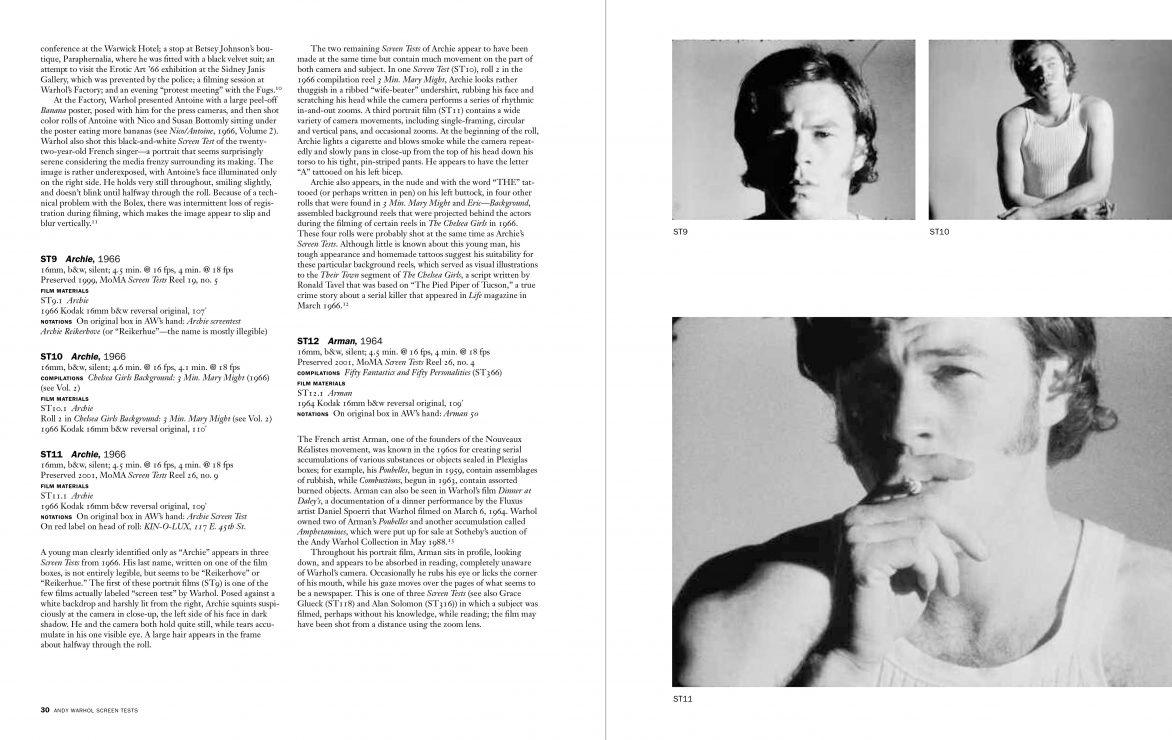 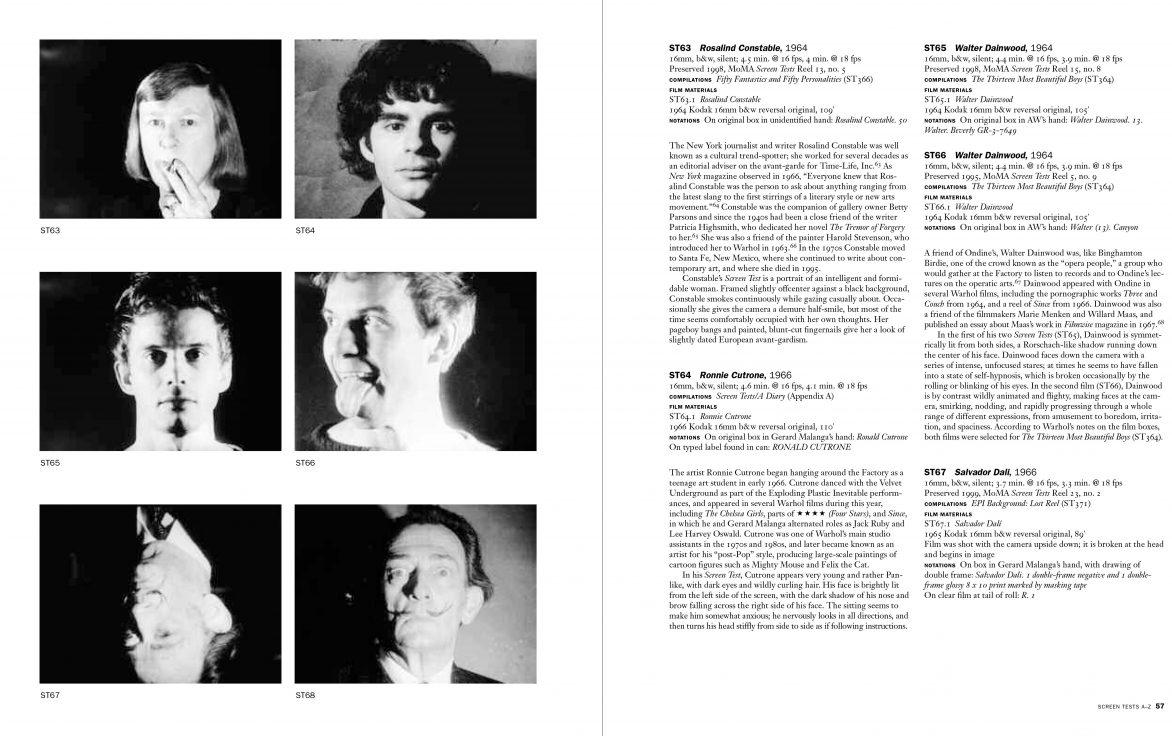 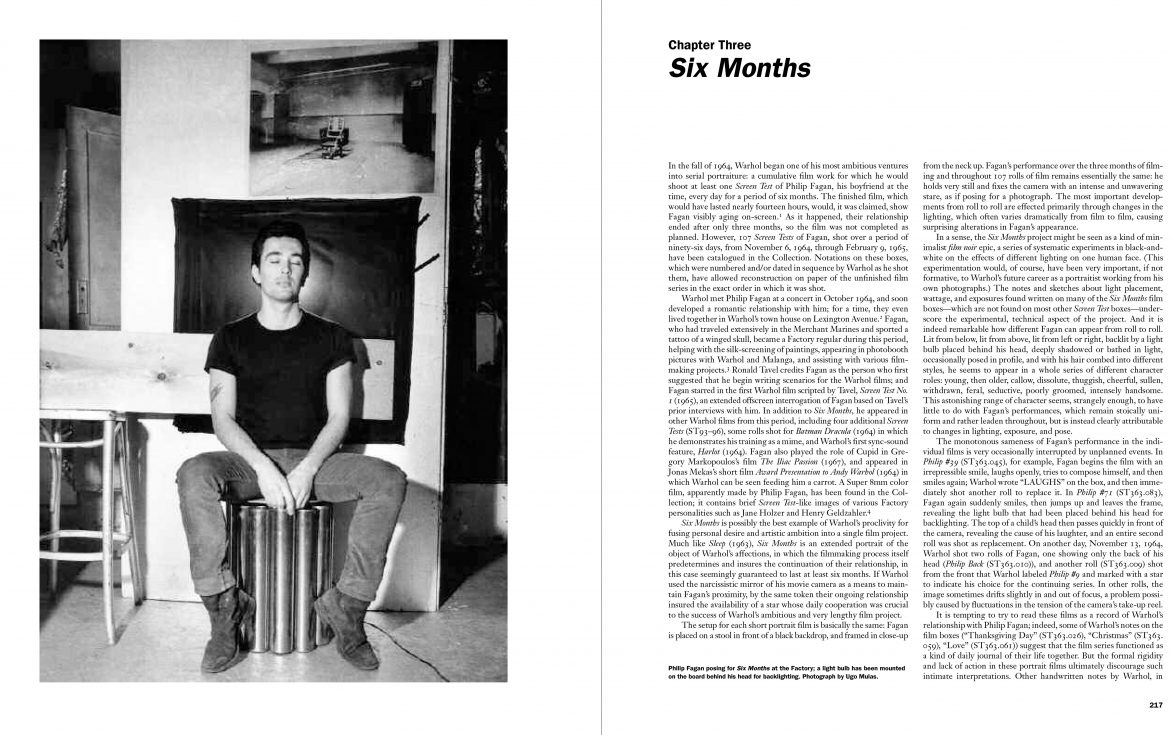 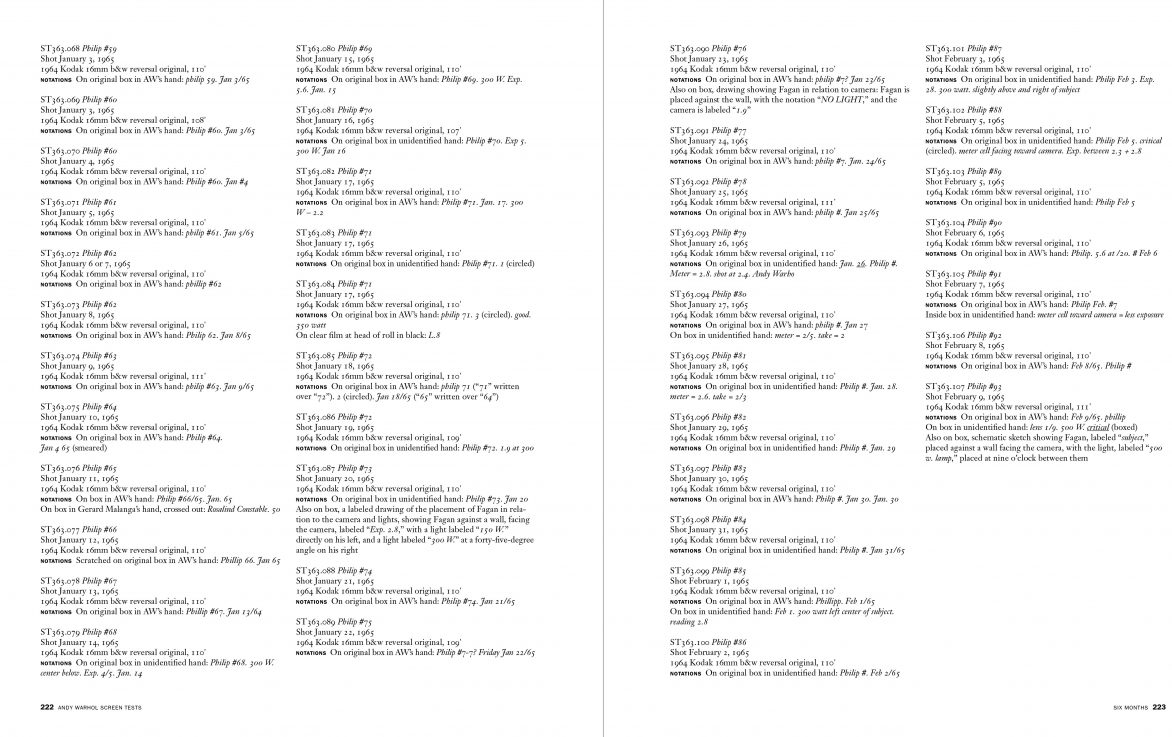 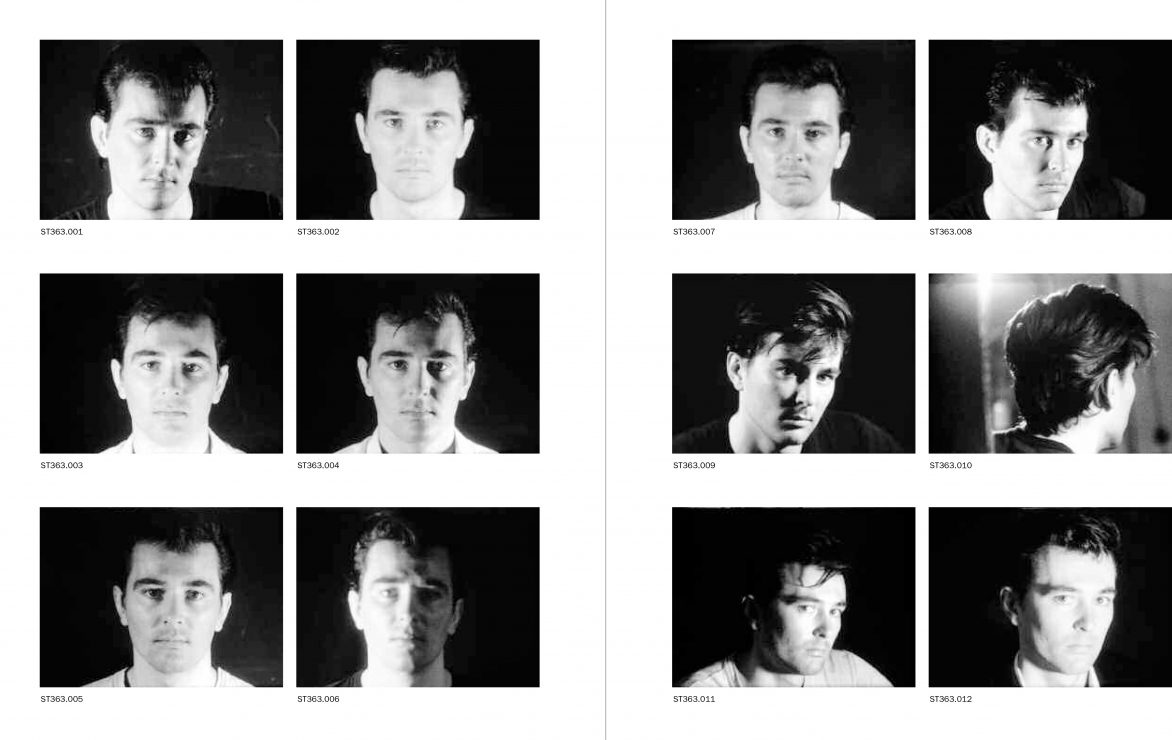 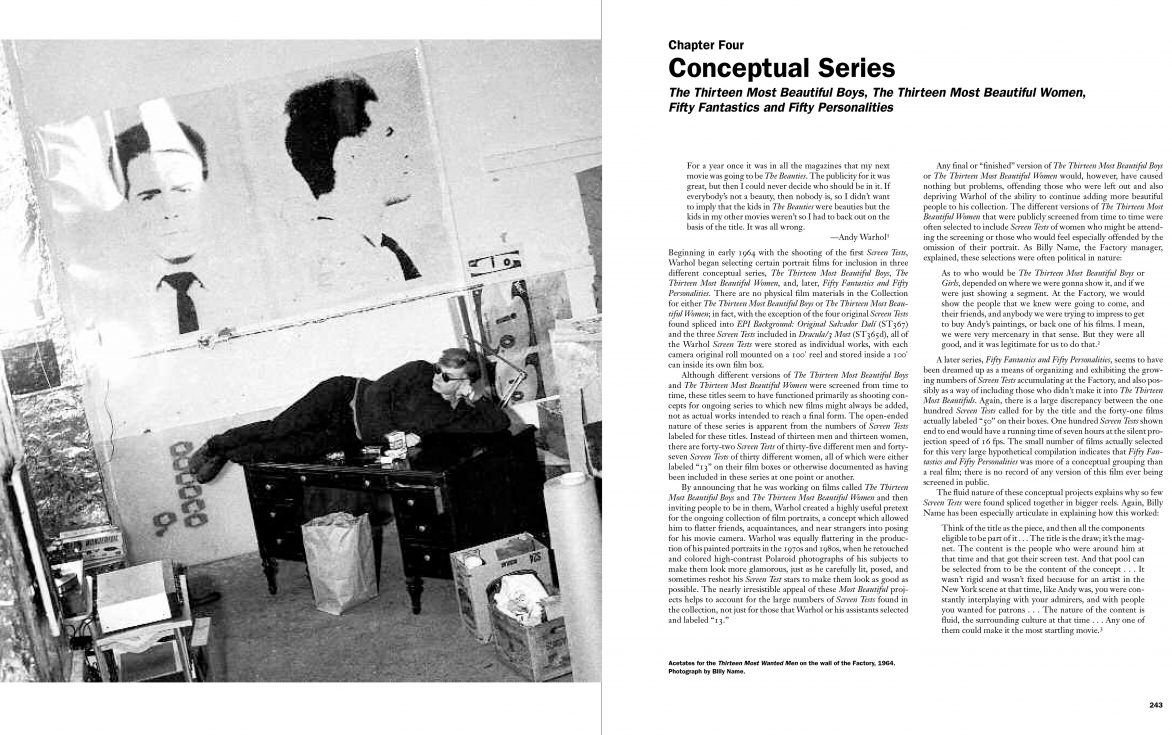 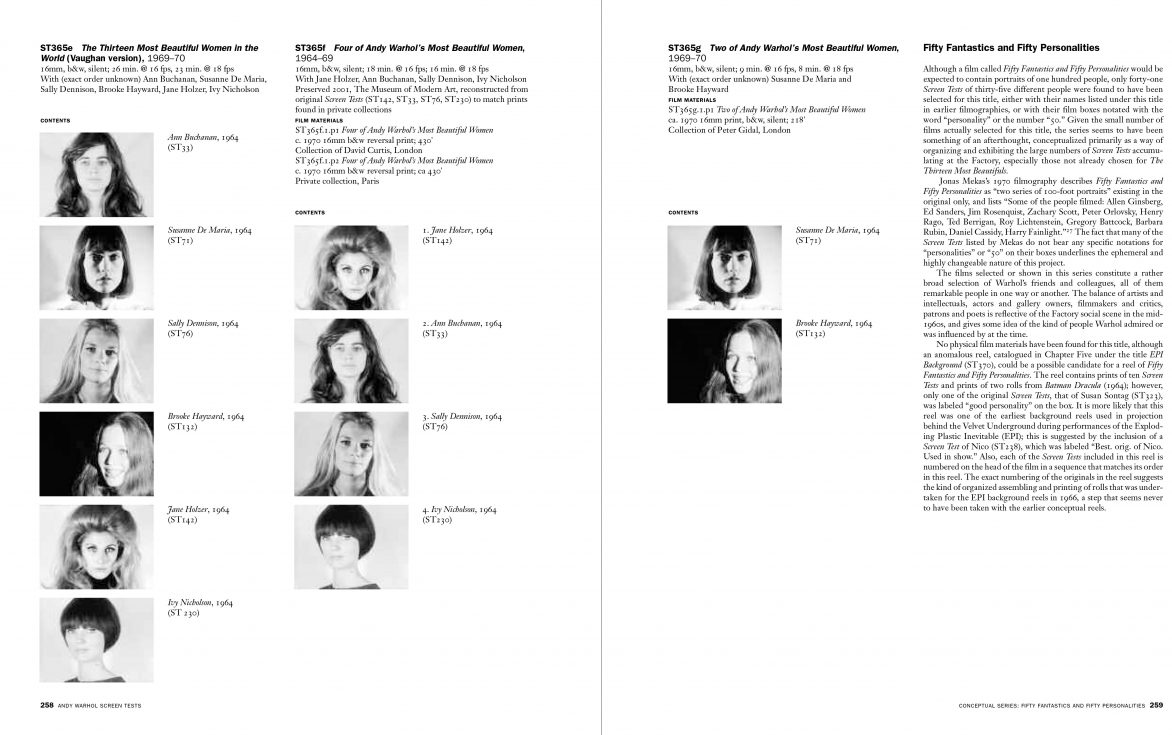 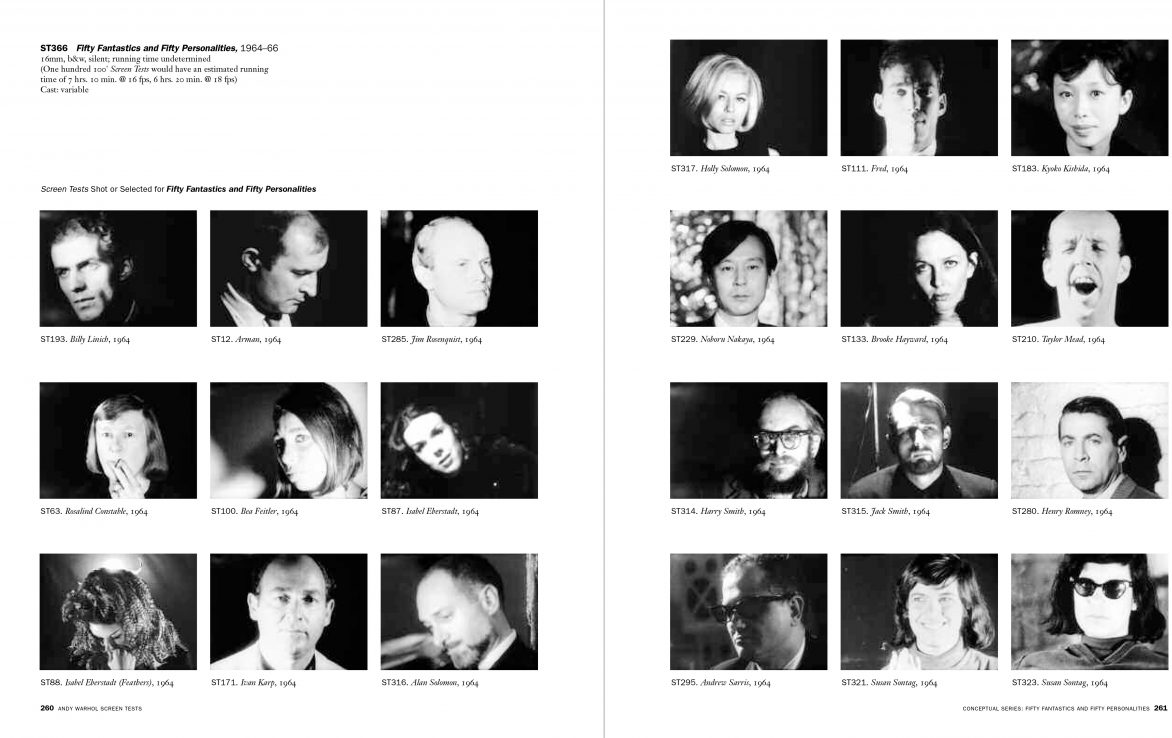 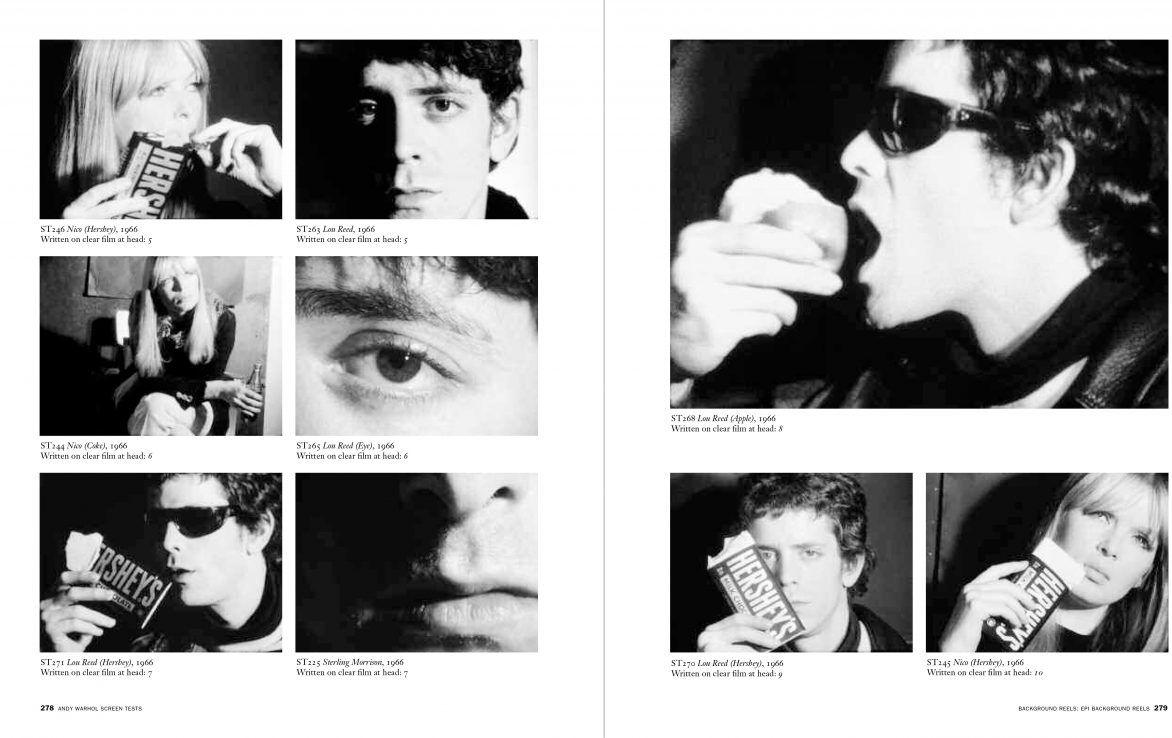 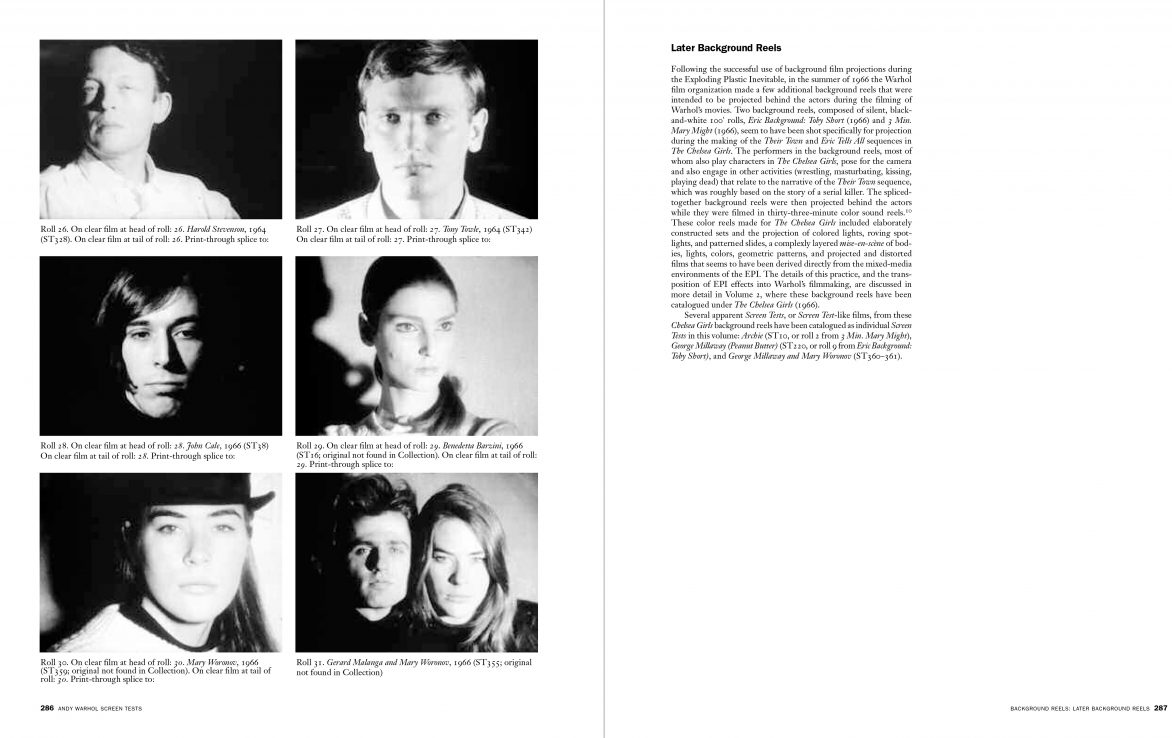 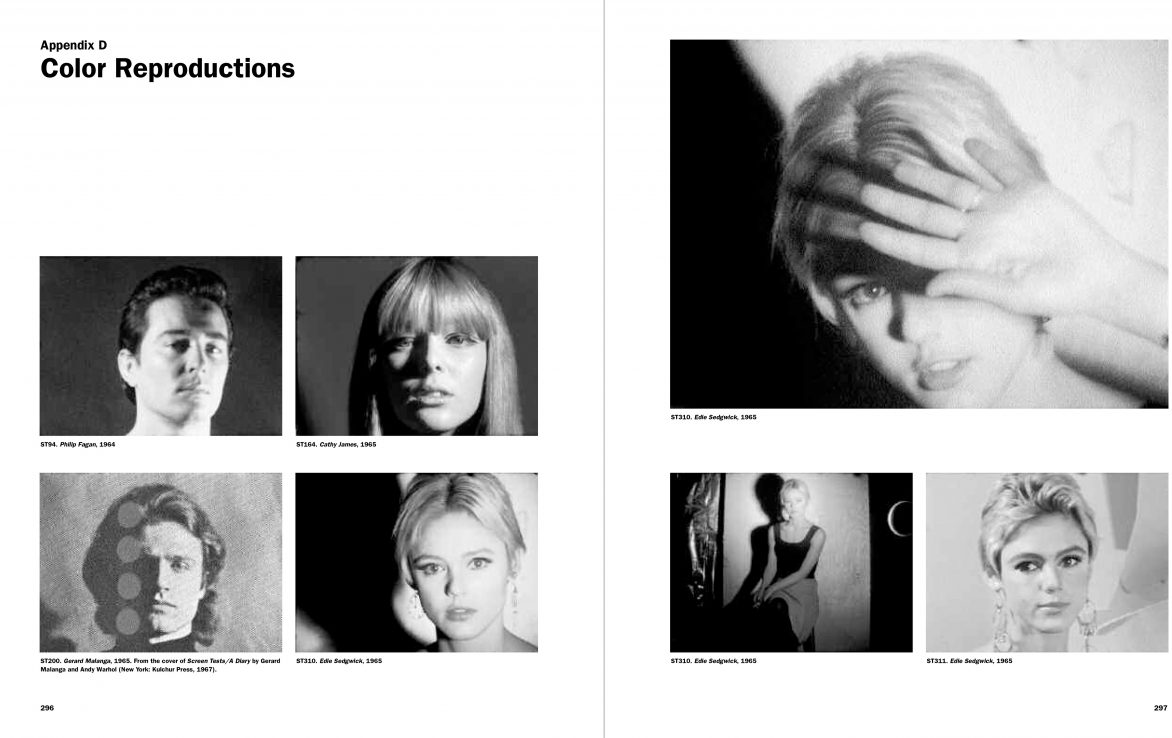 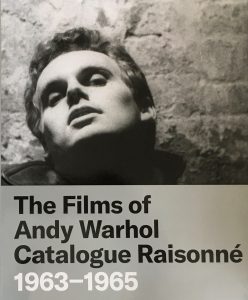 This catalogue raisonné of the artist’s films,  focuses on works he produced from 1963 to 1965. Detailed cataloguing of each work is combined with orienting and enlightening essays that cover Warhol’s influences, source material, working methods, and technical innovations, as well as his engagement with the people he filmed and how they came to life on the screen. In addition, rich entries offer detailed summaries and analysis of more than a hundred individual works. The vigorous illustration program includes countless stills and documentary images to further elucidate the film works, including many that have circulated only rarely. Warhol’s dynamic and creative approach to filmmaking redefined the genre, drawing audiences and receiving positive attention along with deep criticism. In 1970, he placed his films in storage for the next 14 years, taking them out of public view and distribution. During that time, critics and audiences could only piece together information about these works from hearsay, verbal accounts, and reviews. Since then, the works have been studied, preserved, and catalogued, culminating in this volume, which illuminates the true significance of Warhol’s radical experiments in film and his mastery of the medium. 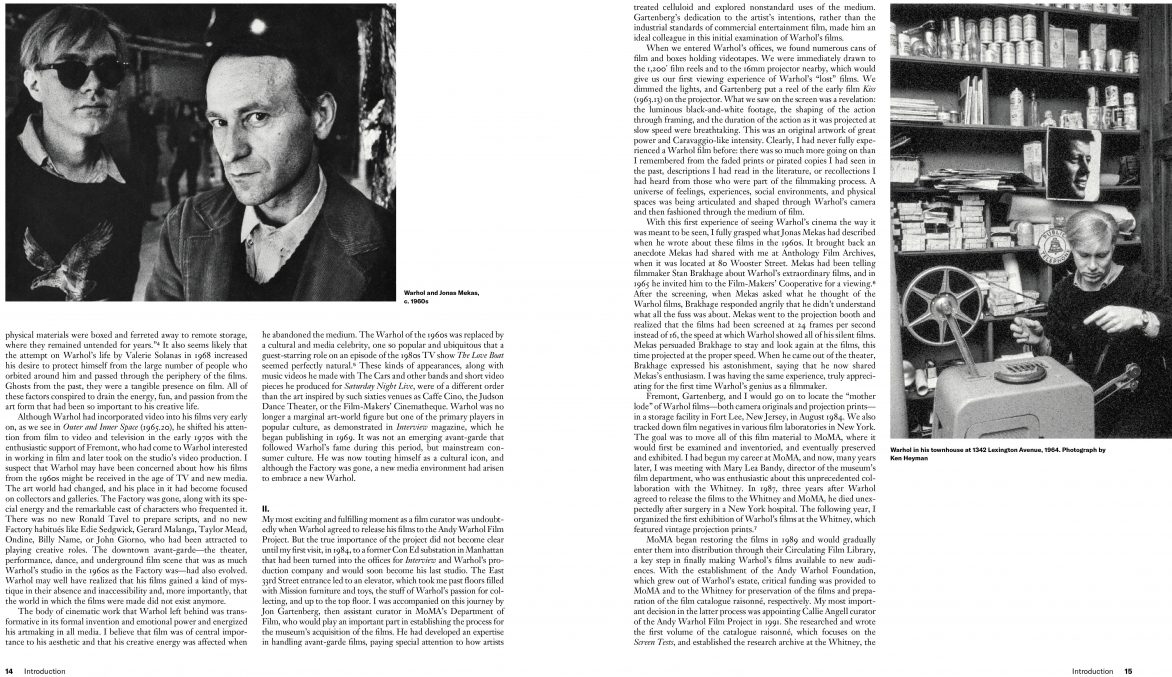 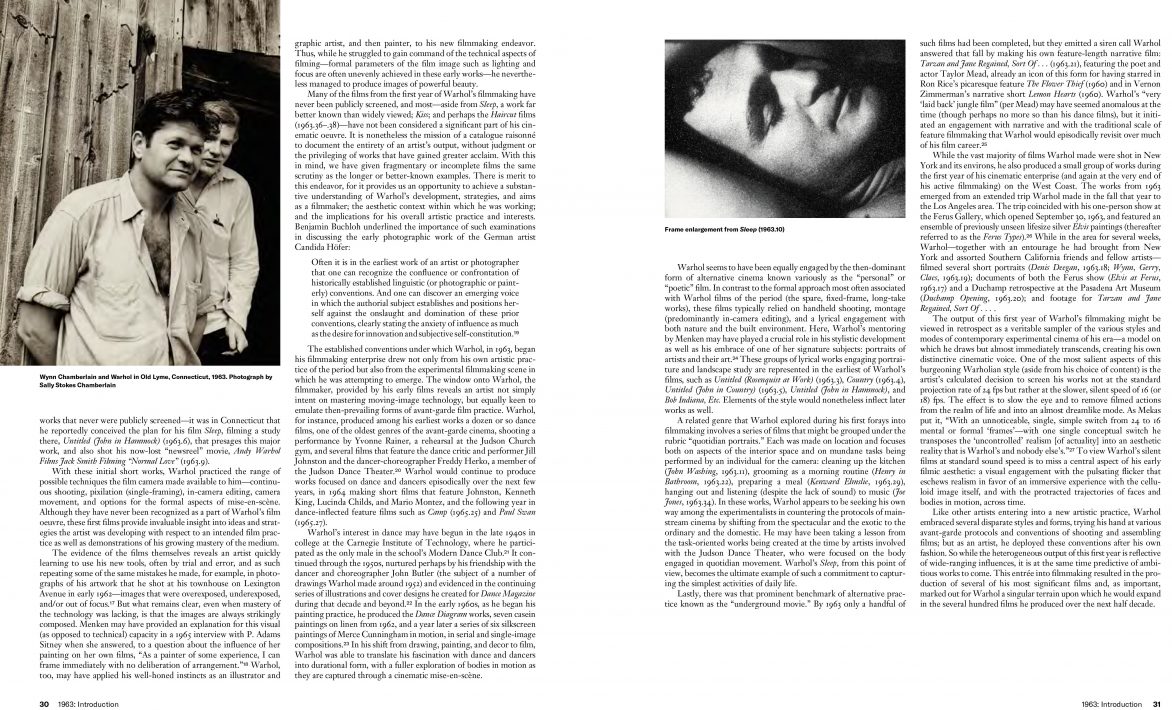 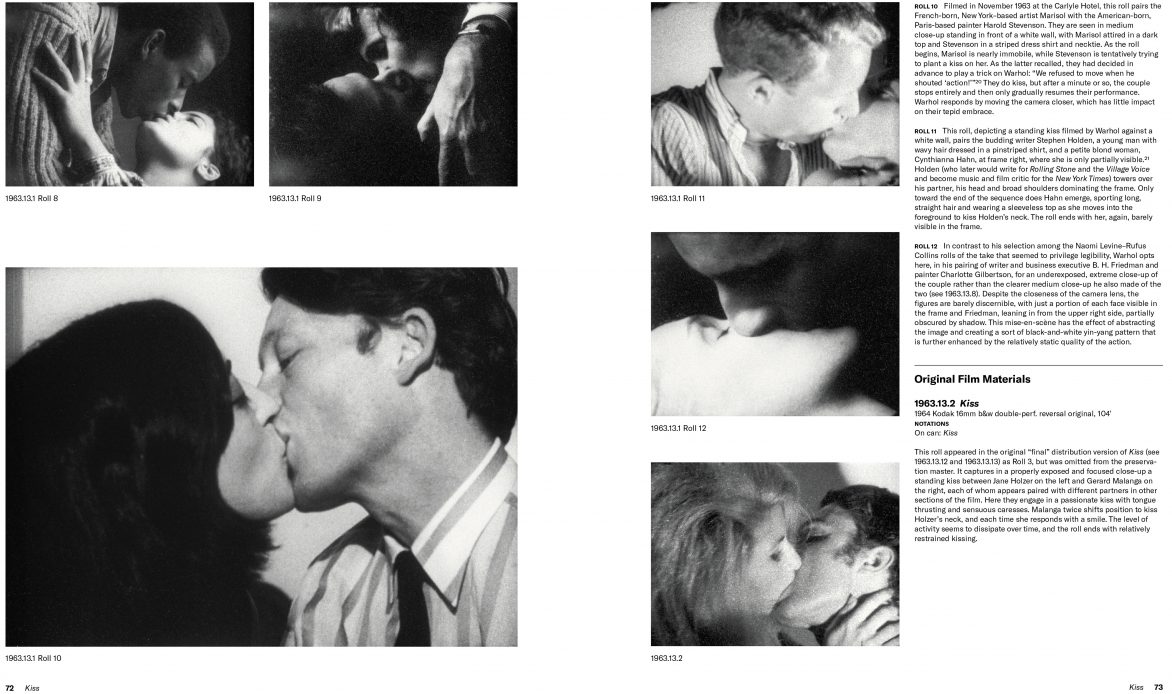 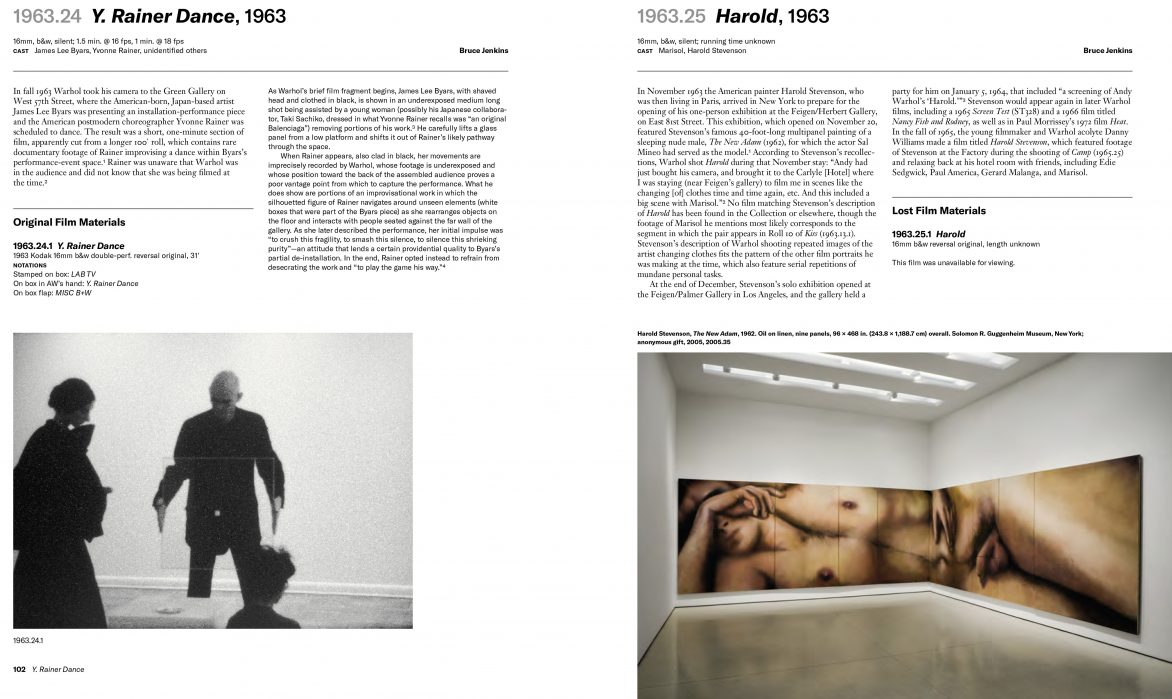 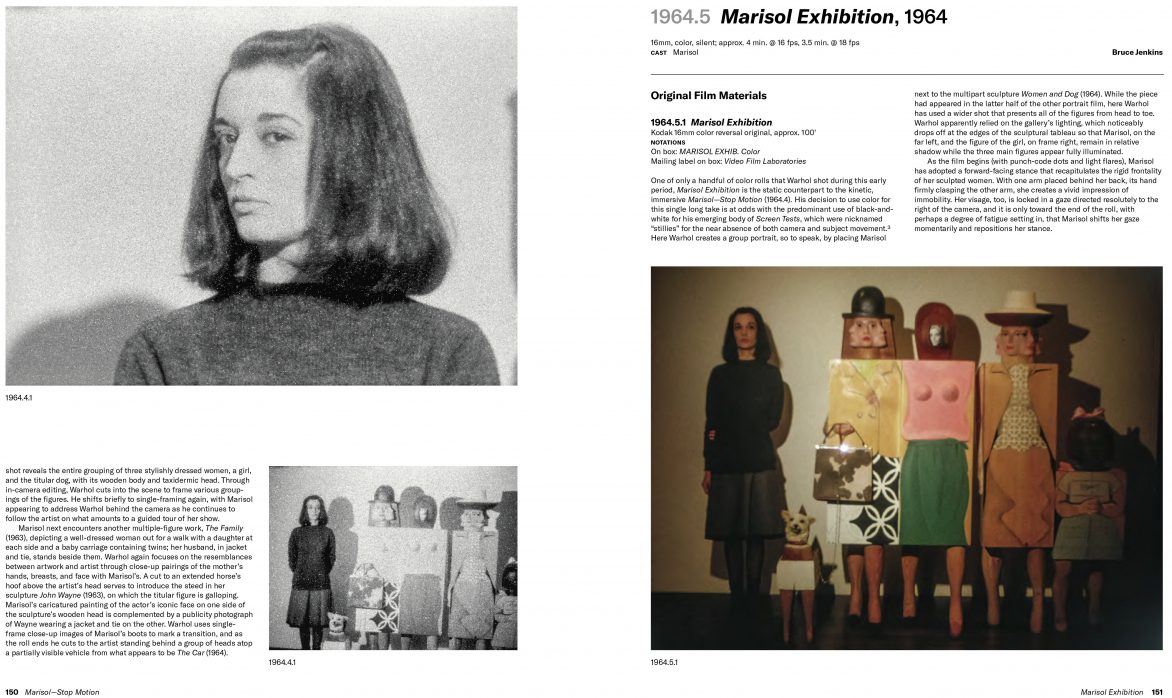 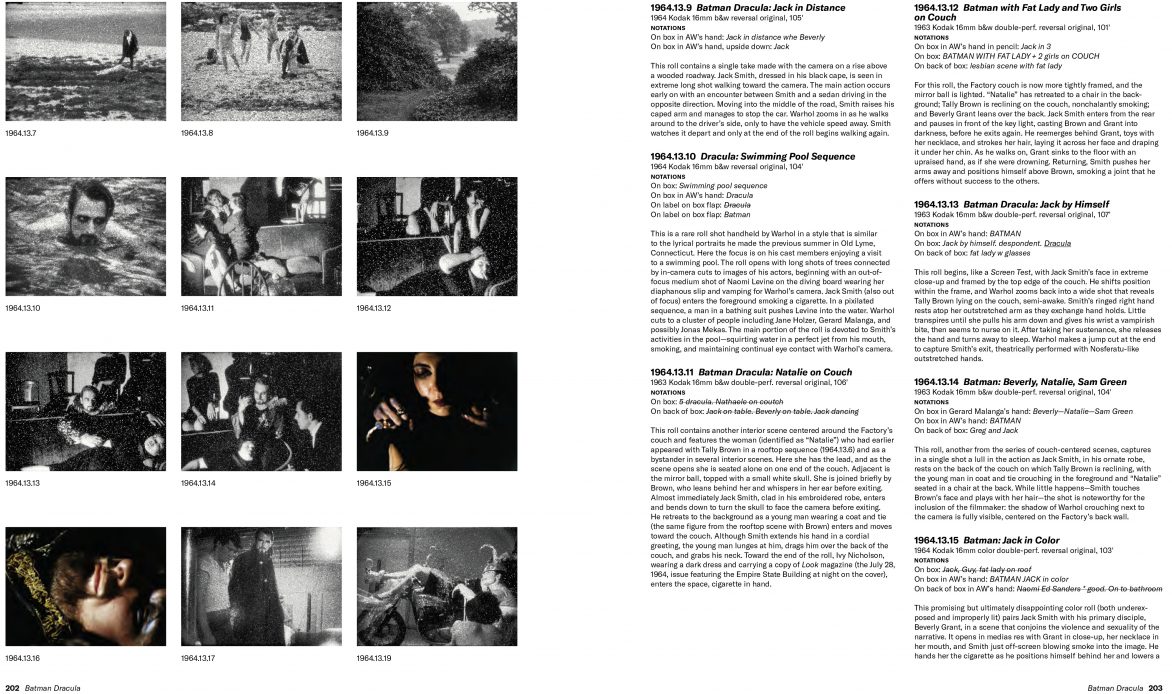 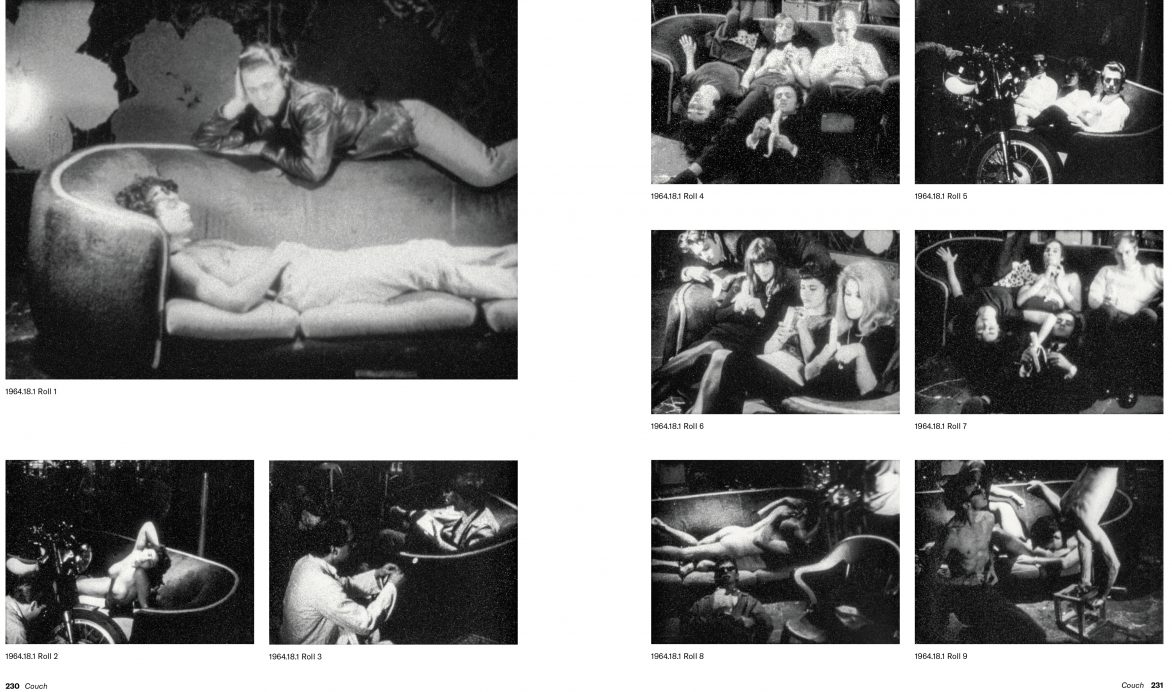 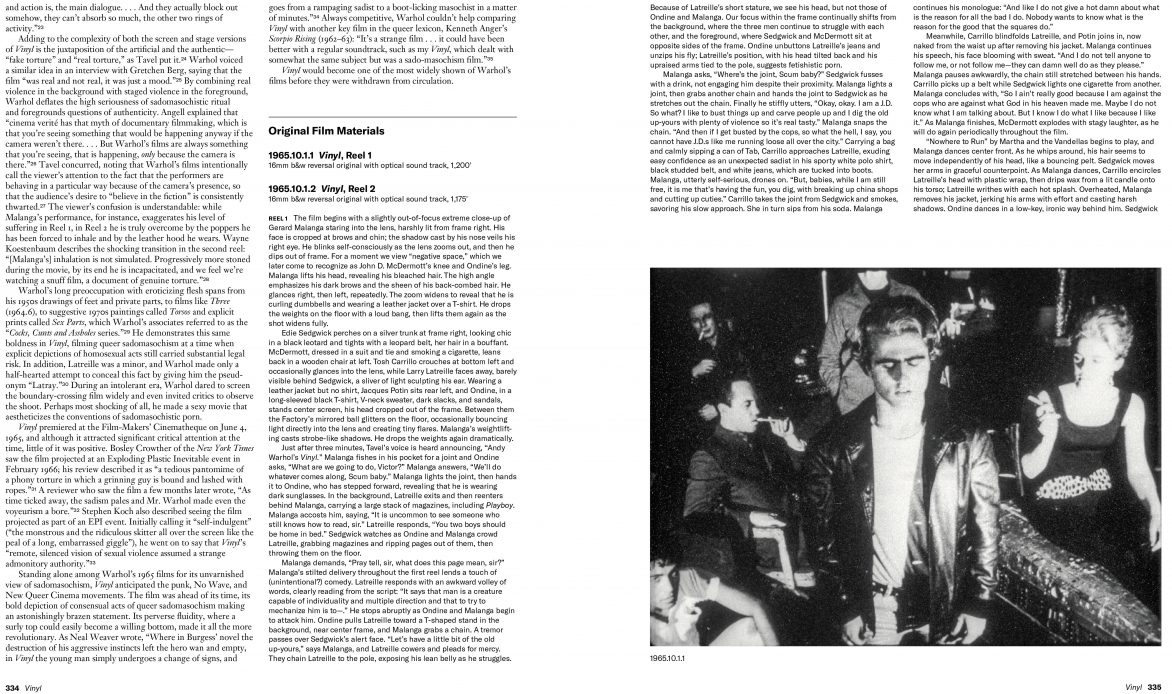 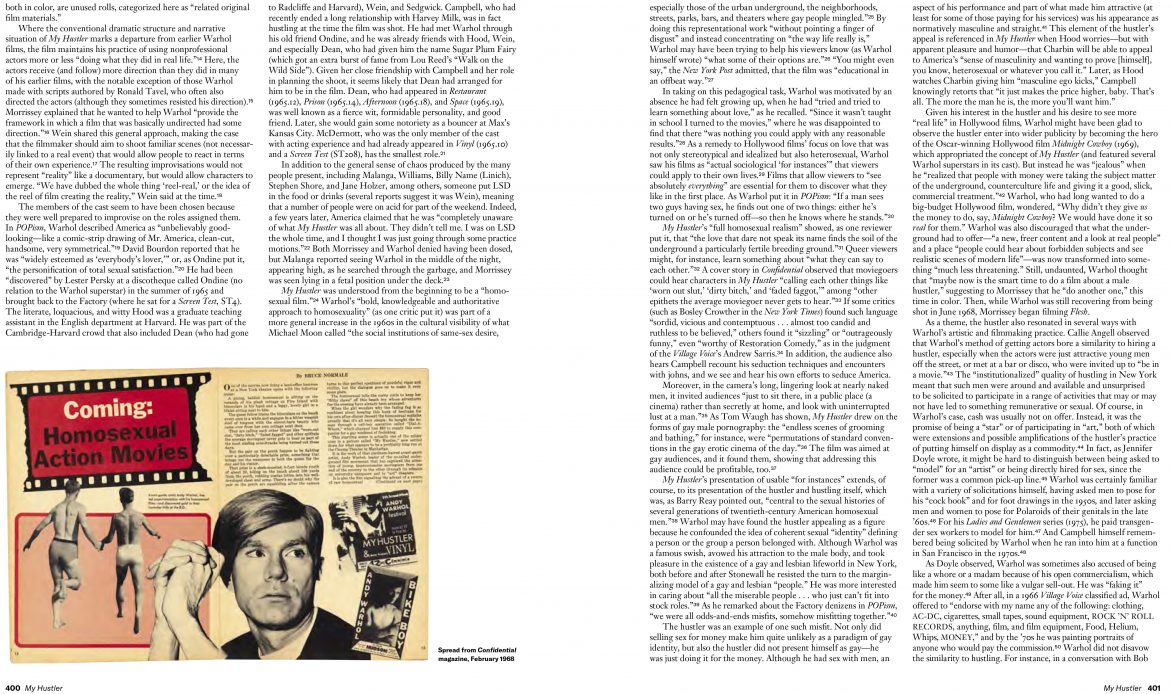 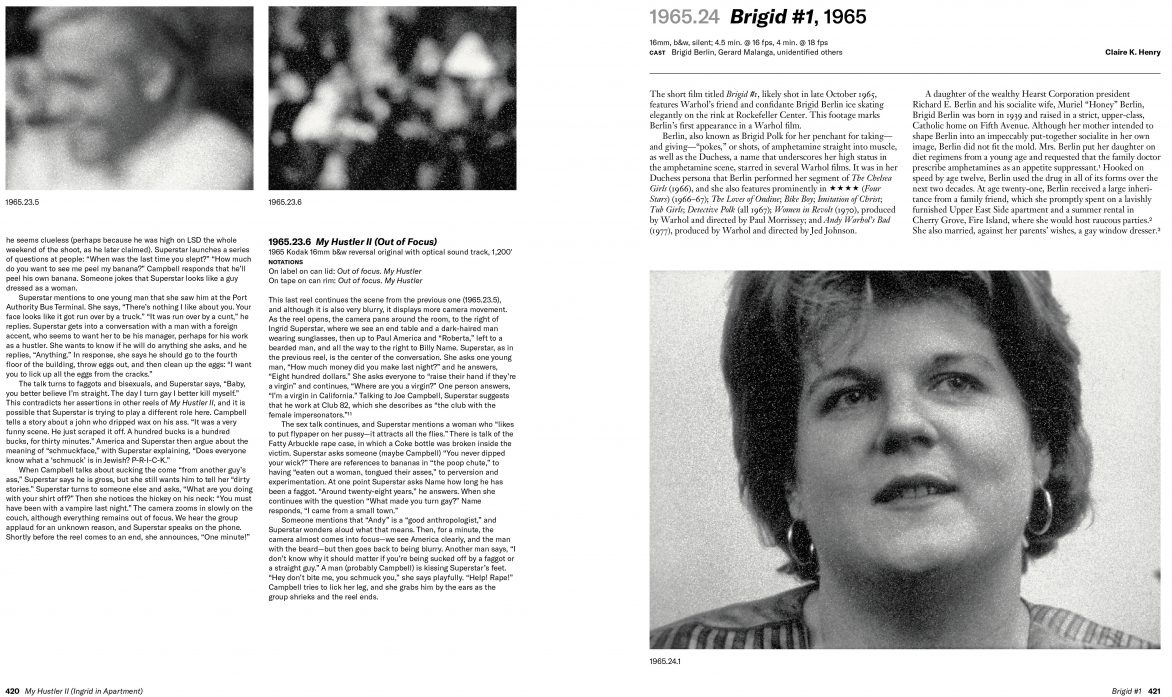 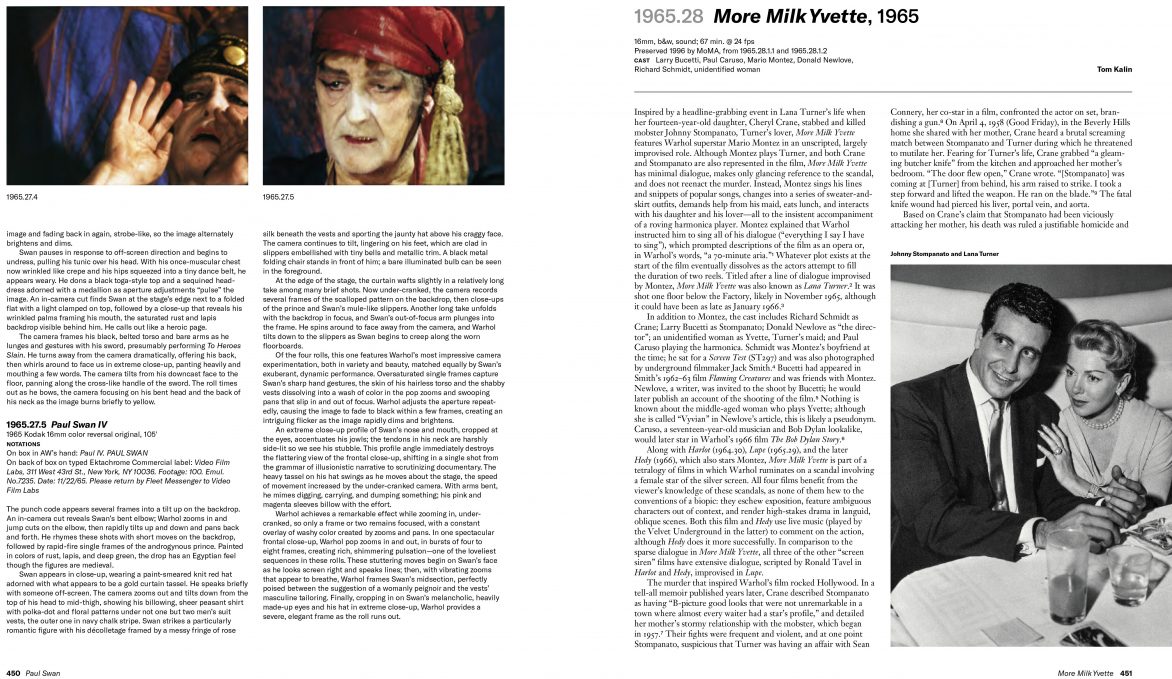 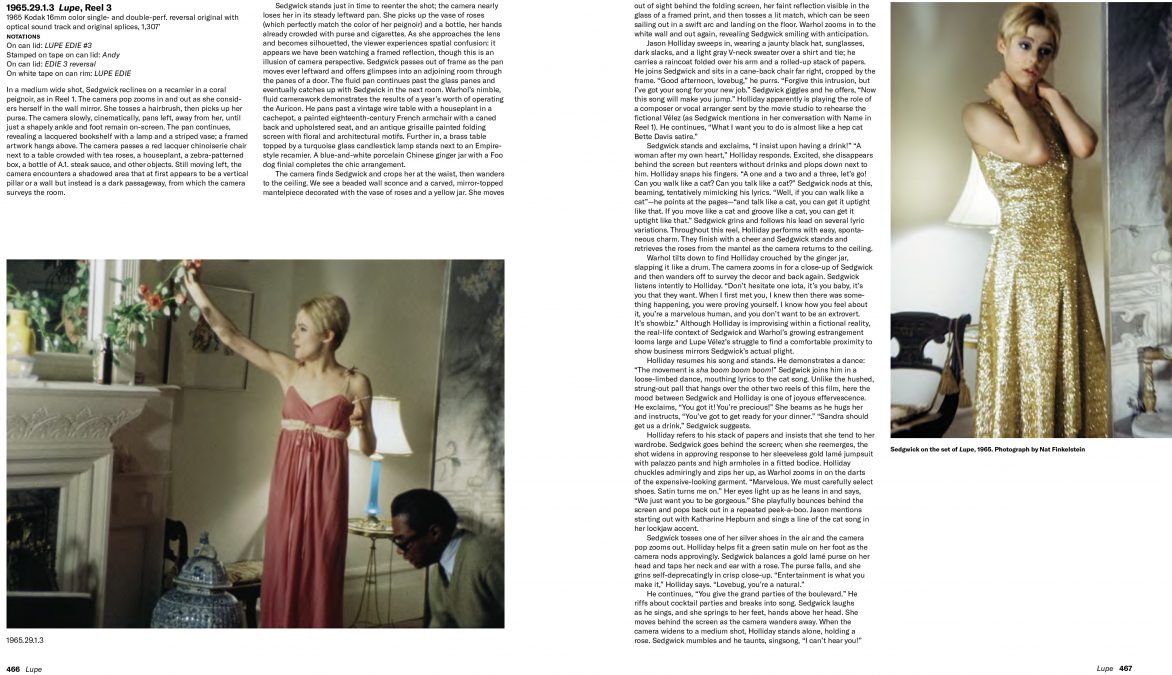