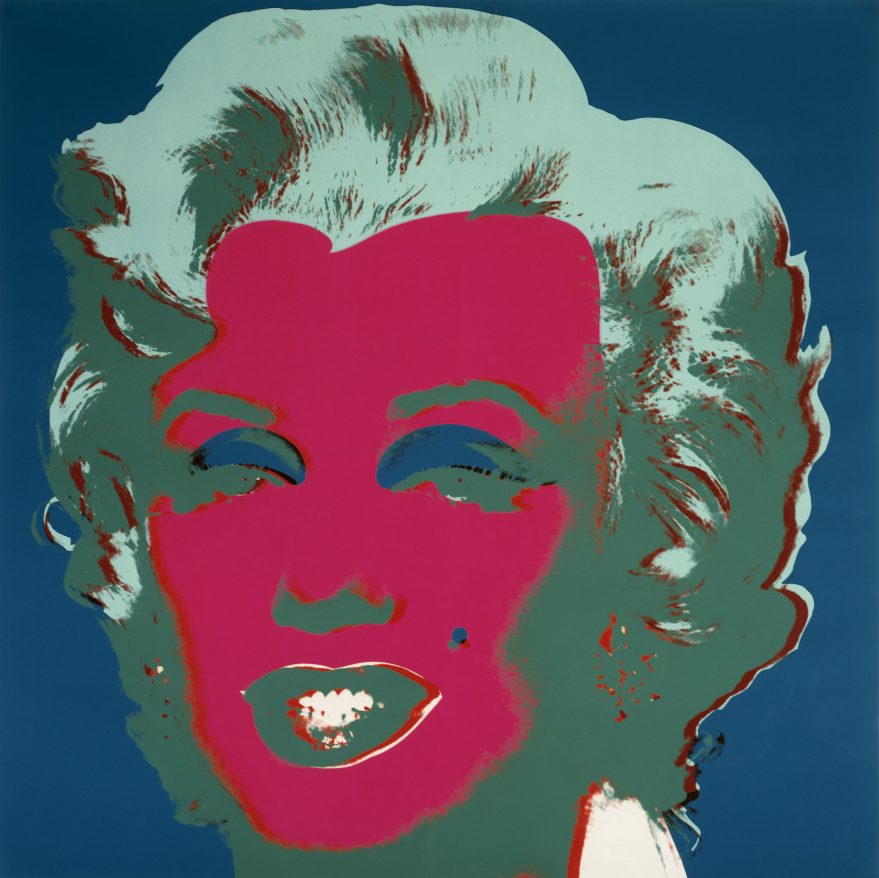 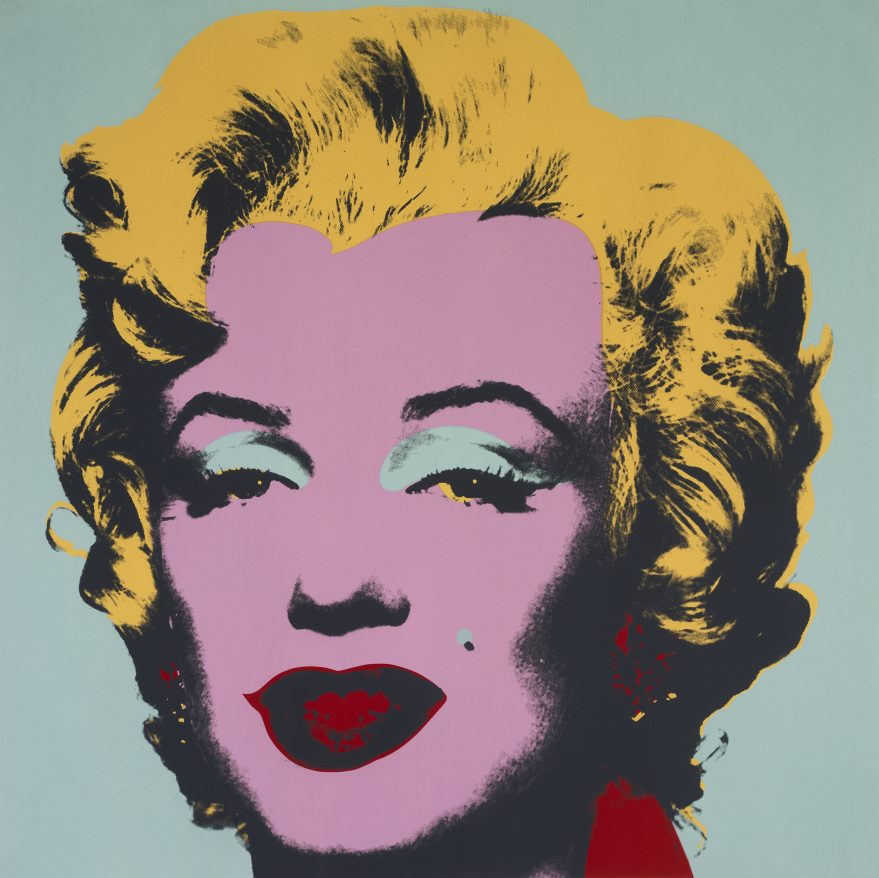 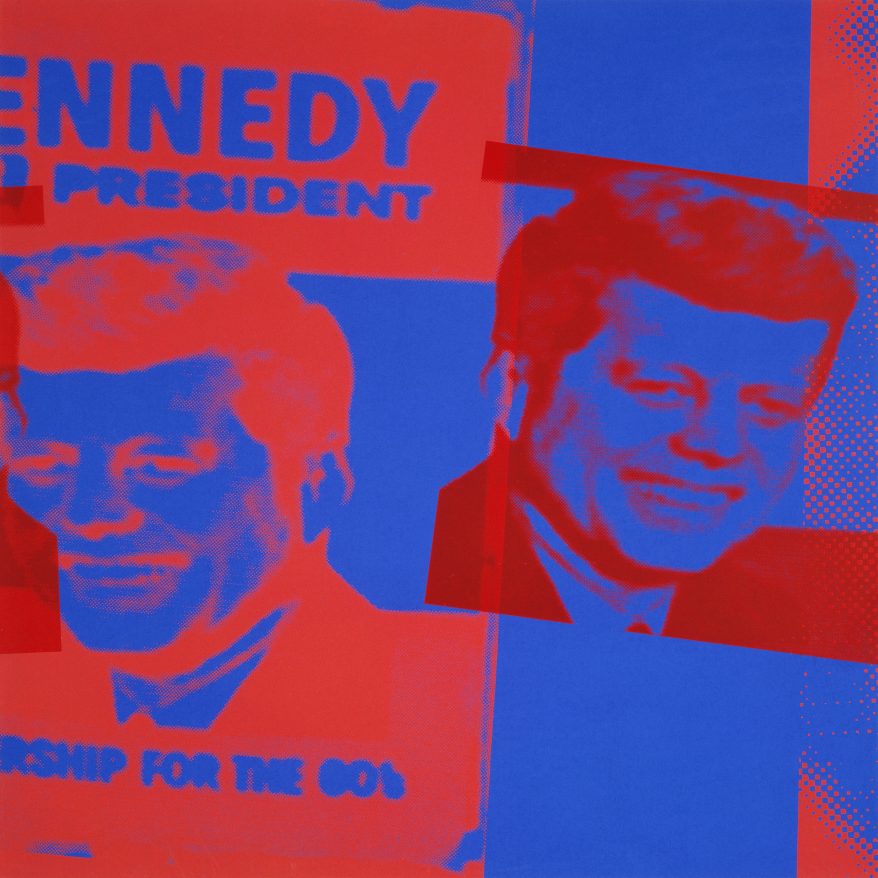 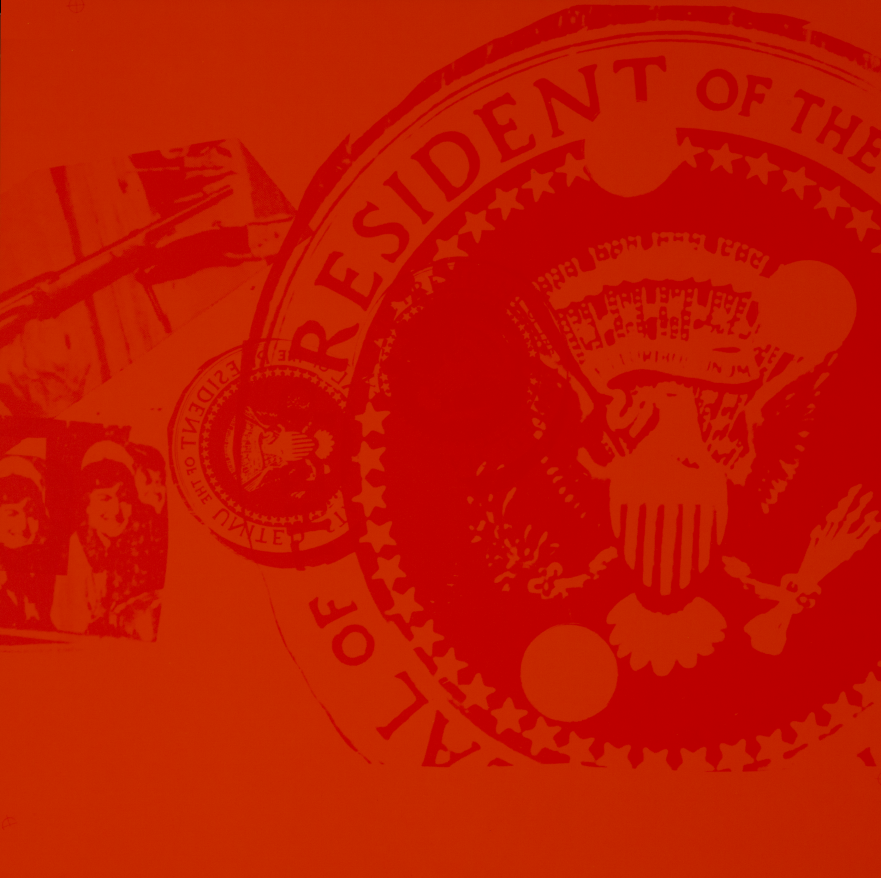 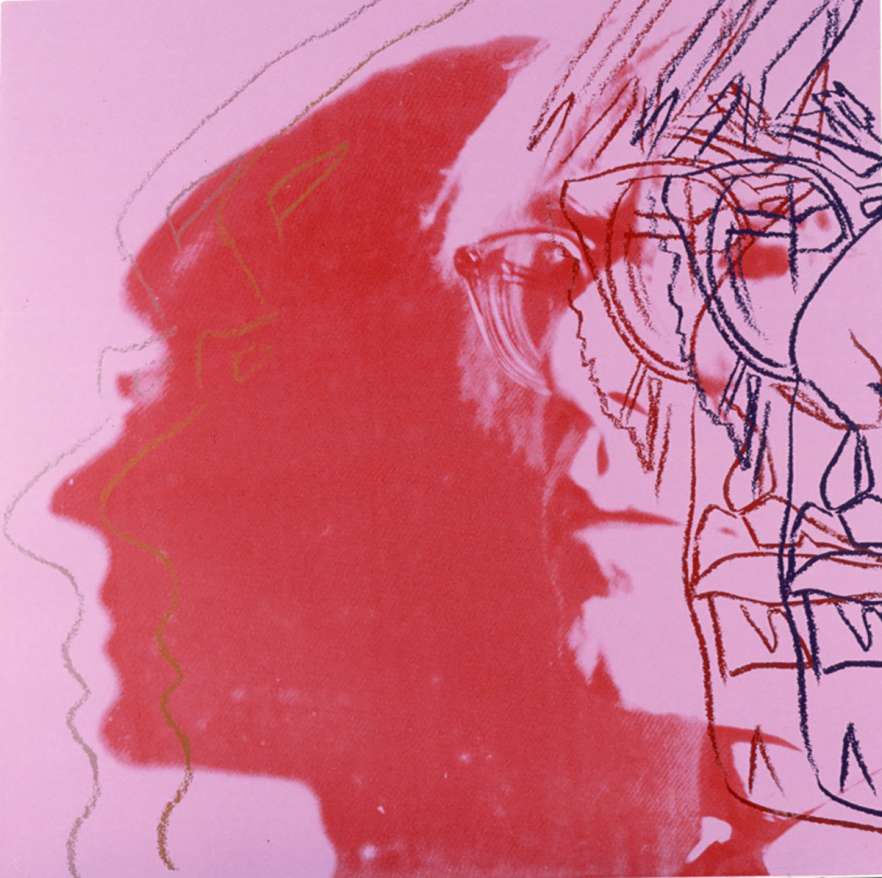 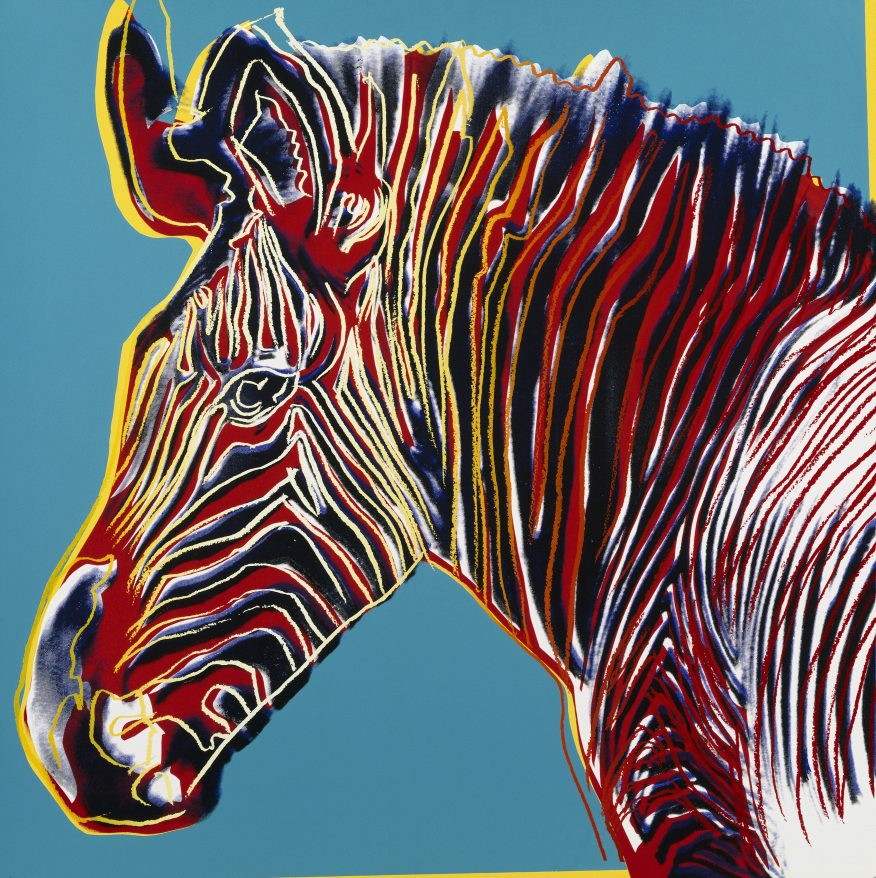 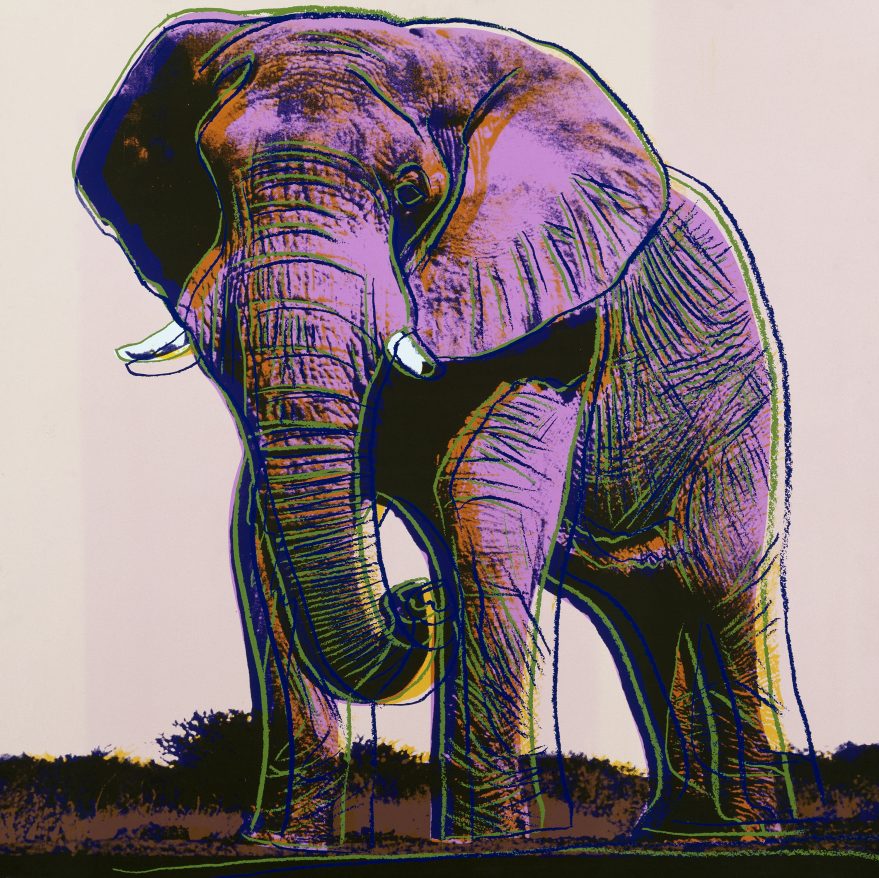 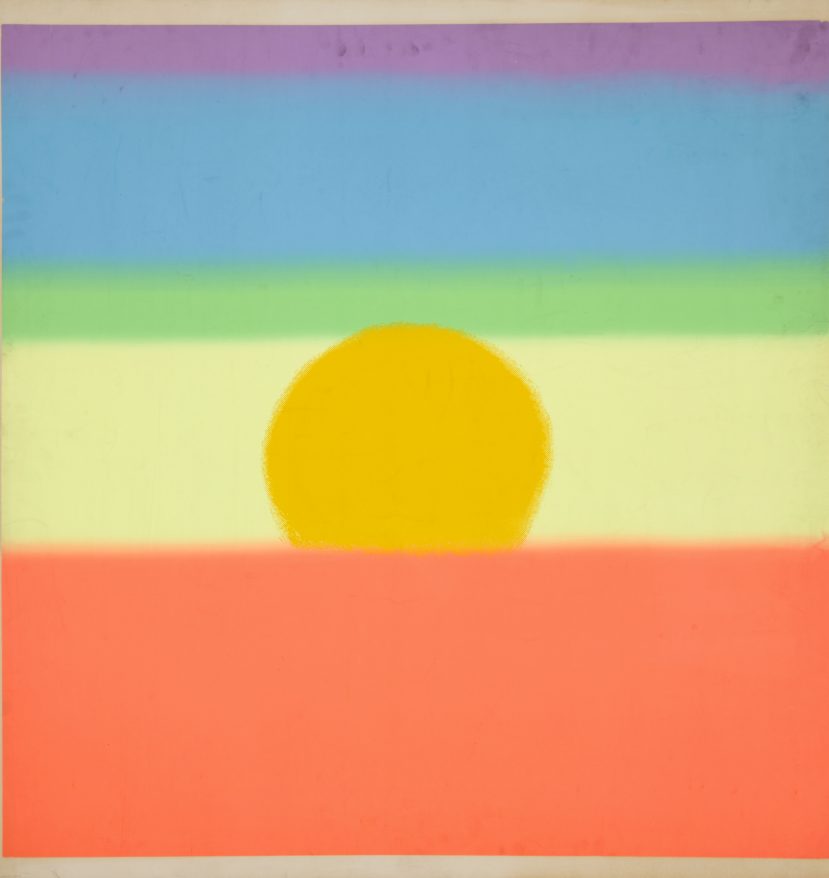 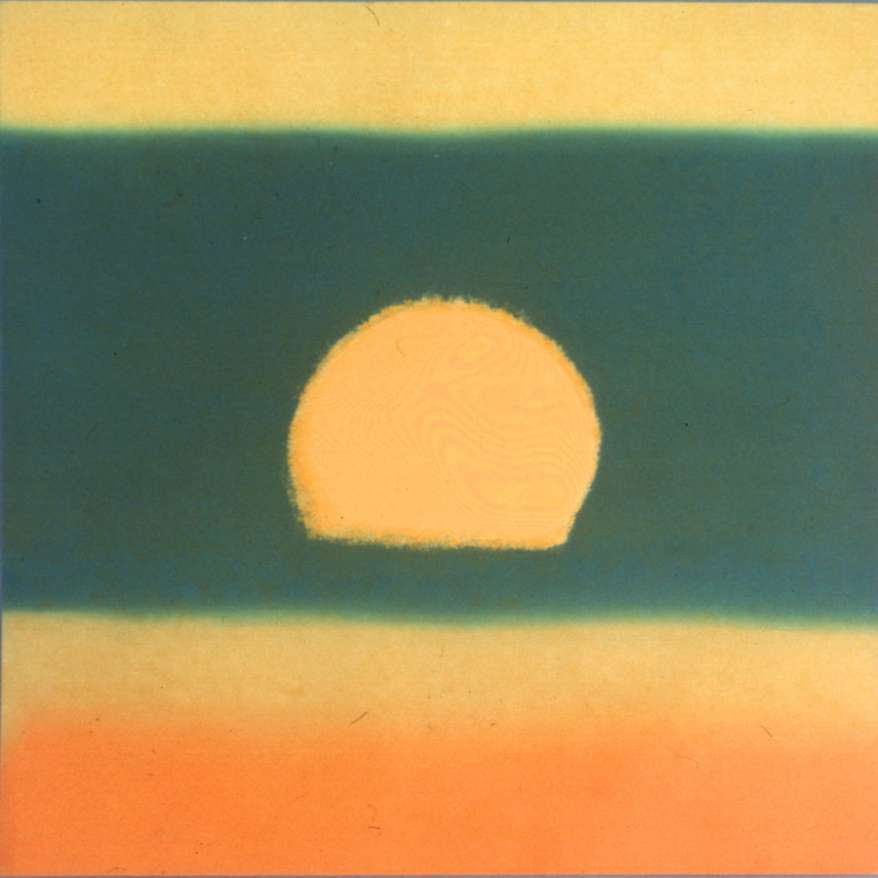 Printmaking techniques, from the monoprint to stencils and the photo-silkscreen, were central to Andy Warhol’s work, from the inception of his career as an illustrator during the 1950s to his final works in 1987. In the late 1960s and early 1970s, when he had already achieved cultural celebrity but his career as a painter was in a period of transition and crisis, Warhol suddenly emerged as a brilliant and dedicated printmaker, producing portfolios of Marilyn Monroe (1967), Flash-November 22, 1963 (1968), Campbell’s Soup (1968-69), Flowers (1970), Electric Chairs (1971), Sunset (1972), and Mao (1972) in stunning succession. After Mao, nearly every new series of Warhol’s paintings would be accompanied by a print portfolio, and his printmaking became increasingly innovative, introducing new media and techniques into his artistic practices, such as collage and diamond dust. As curator Donna De Salvo has observed, Warhol’s “conceptualization of the printing process” was his metaphor for America, its myths, contradictions, and desires.

The first edition of the catalogue raisonné of Warhol’s prints was published in 1985, when Warhol was still alive. It was a joint venture of Frayda Feldman of Ronald Feldman Fine Arts, New York and Jörg Schellmann of Edition Schellmann, Munich. Two years after Warhol’s death, an expanded second edition that included 48 new prints was published with an introduction by Henry Geldzahler, an essay by Roberta Bernstein, and an interview with Rupert Jasen Smith, Warhol’s printer from 1977 to 1987.

“Through his conceptualization of the printing process, Warhol transformed that process into his metaphor for America—its capitalism, its abundance, its industry, and, most important, its simultaneous and contradictory desire for innovation and uniformity—Marcel Duchamp meets Norman Rockwell meets cable television.”

—Donna De Salvo, “God is in the Details: The Prints of Andy Warhol”

Revised and expanded third and fourth editions of Andy Warhol Prints: A Catalogue Raisonné 1962-1987 were published in 1997 and 2003, and co-sponsored by the Andy Warhol Foundation for the Visual Arts. Both editions were co-edited by Frayda Feldman and Claudia Defendi, Curator of Prints at the Warhol Foundation, and included an introduction by Arthur Danto and the essay by Donna De Salvo, cited above. As well as documenting Warhol’s unpublished prints and trial proof editions, both editions included chronologies of Warhol’s printmaking activity, a print exhibition history, and selected bibliography, and glossary. The fourth edition also included a special section dedicated Warhol’s self-published books of the 1950s, many of them hand-colored, the first systematic record of this storied body of work from the inception of Warhol’s career. As the authoritative reference to his prodigious body of prints, Andy Warhol Prints: A Catalogue Raisonné 1962-1987 testifies not only to Warhol’s indisputable importance as a graphic artist, but to his unflagging sense of invention and mastery of multiple visual media from illustration and drawing, to painting, sculpture and printmaking, and film, video and photography.