An iconoclast who refused to be defined by conventions, Andy Warhol claimed that “art is what you can get away with.” He painted consumer goods; adapted the techniques of mass production to make art; designed products, record covers, and award-winning advertising campaigns; collaborated with fashion designers; authored numerous books; directed music videos; founded Interview magazine; produced his own television show; worked as a model; and endorsed products with his iconic persona. For Warhol, these pursuits were all part of a larger creative vision, which continues to have a profound influence on contemporary culture.

As the owner of the copyrights to works of art created during Warhol’s lifetime and the registrant of numerous “Warhol” trademarks internationally, the Foundation ensures that his artwork is accessible and exists in the world in meaningful ways that stay true to his forward-thinking spirit. The Foundation is the designated steward of Warhol’s legacy, and its award-winning licensing program pays homage to the artist’s sophisticated melding of art and commerce, fine art and popular image-making—while also generating revenue to support the Foundation and the extensive philanthropic work it does. This stewardship is a responsibility that the Foundation approaches thoughtfully and rigorously, but also creatively, taking a cue from Warhol’s non-conformist spirit and his inventive entrepreneurial approach.

An astute social observer, Warhol was extraordinarily in tune with his times. The Foundation’s licensing activities aim to be similarly responsive to contemporary culture, collaborating with partners who not only understand Warhol’s influence, but smartly reinterpret his relevance and adapt his imagery for a 21st-century audience. These innovative partnerships include global collaborations with international fashion brands, including Comme des Garçons,Uniqlo, Supreme, Calvin Klein, and Dior; an award-winning campaign for Dom Pérignon; perfume with Estée Lauder; jewelry with Bulgari, limited edition Absolut Warhol vodka; and a Burger King TV commercial that aired during Super Bowl LII—borrowing a 45-second clip of the artist eating a Whopper from an independent film shot in 1982—garnering over 7 billion media impressions. Collaborations initiated by the Foundation with fine-art publishers, meanwhile, have brought wide exposure to works that would otherwise go unseen, including Andy Warhol: Polaroids 1958–1987, Warhol on Basquiat: The Iconic Relationship Told in Andy Warhol’s Words & Pictures, Andy Warhol Love, Sex, and Desire: Early Drawings 1950–1962, Andy Warhol: Seven Illustrated Books 1952–1959.

In the spirit of Warhol’s generosity toward the public, the Foundation is also committed to making Warhol’s art easily accessible to students, educators, writers, and critics. To encourage such use, the Foundation provided approximately 30,000 high-resolution images of works to Artstor, the leading image resource for educational and scholarly use, in addition to 130,000 photographic exposures taken by Andy Warhol, which are accessible to the public as part of the Andy Warhol Photography Archives at Stanford. While the Foundation’s ownership of various intellectual property gives it substantial control over its use, the Foundation is honored and humbled that Warhol’s influence continues to be limitless.

“The Foundation’s award-winning licensing program ensures that Warhol’s artwork is accessible, celebrates the artist’s non-conformist spirit, and generates revenue to support the Foundation and the extensive philanthropic work it does.”

If you would like to get in touch with us regarding licensing, please send us a message.

For usages in the United Kingdom:

For usages in France, Monaco, and Luxembourg:

For usages in USA and rest of the world:

The Foundation rigorously protects itself against unauthorized uses of its copyrights and trademarks. Through outside counsel and in conjunction with Artists Rights Society, DACS, ADAGP and their sister societies worldwide, the Foundation aggressively pursues and takes appropriate action against unlawful uses of its intellectual property.

“Being good in business is the most fascinating kind of art”

Andy Warhol, The Philosophy of Andy Warhol (From A to B and Back Again) 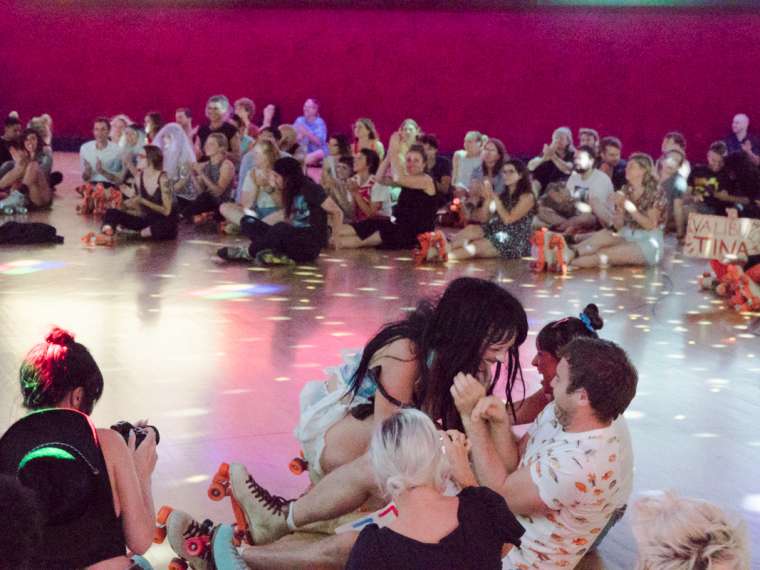