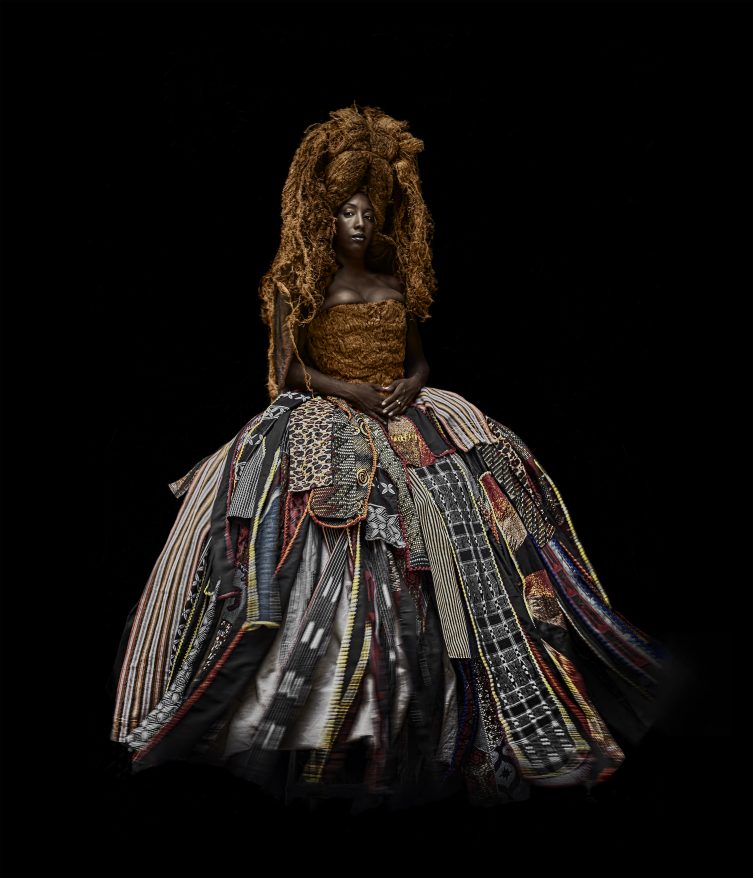 Ayana V. Jackson,It Is Only When You Lose Your Mother That She Becomes a Myth, 2020. Archival pigment print on German etching paper, 74 x 63 inches. Courtesy the artist.

Ayana V. Jackson is known for her costumed self-portraits, in which she appears as historical or mythical figures from Africa and the African diaspora. From the Deep: In the Wake of Drexciya with Ayana V. Jackson will be her first at a major museum exhibition and it will break new ground for the artist, who will use sound, video and augmented reality components in her work for the first time. Inspired by a concept invented by Drexciya, a 1990s Detroit techno band whose founders, James Stinson and Gerald Donald, imagined an underwater utopia populated by the descendants of pregnant African women who were thrown or jumped overboard during the Middle Passage on their journey into slavery. Jackson’s work will elaborate on this beautiful, tragic myth.