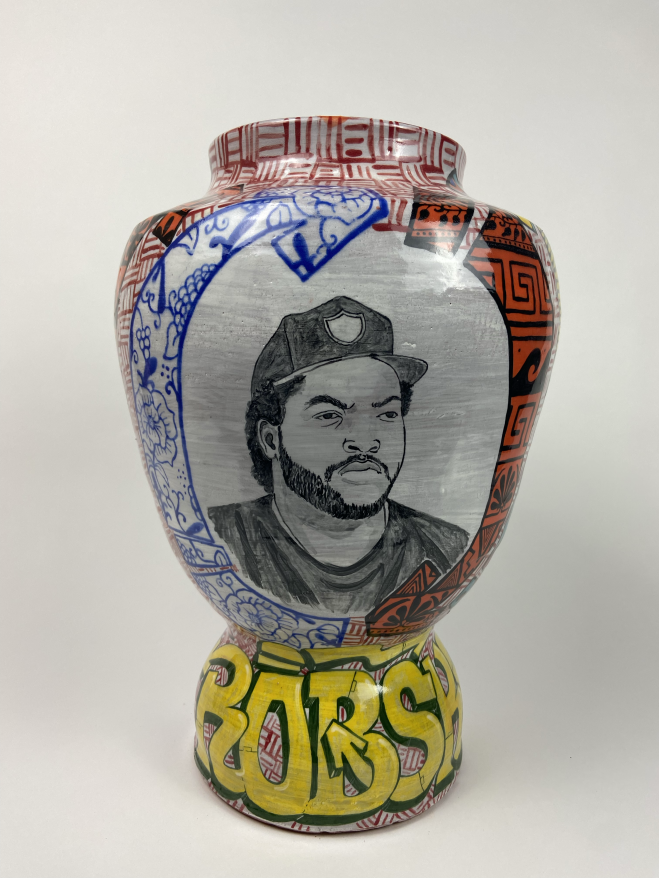 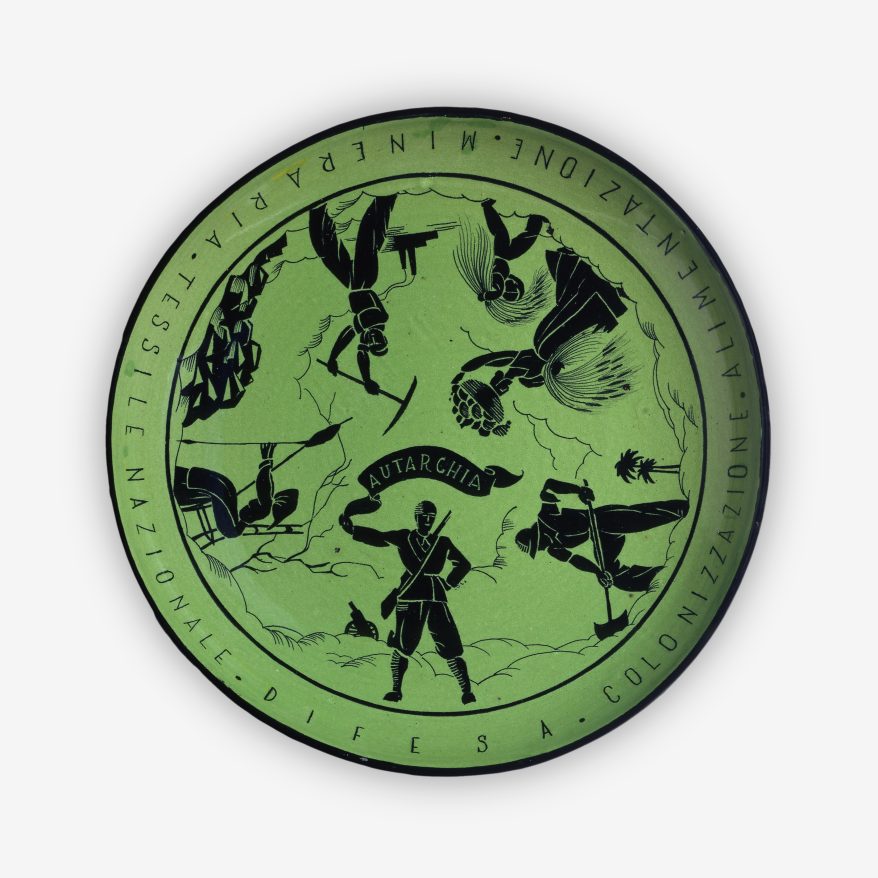 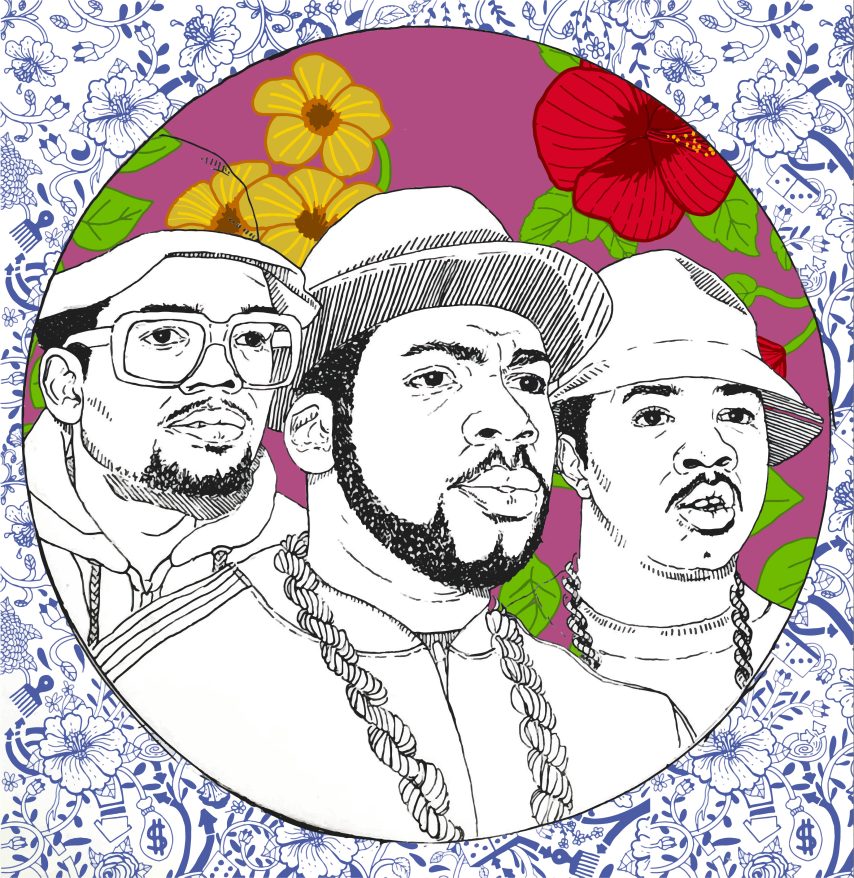 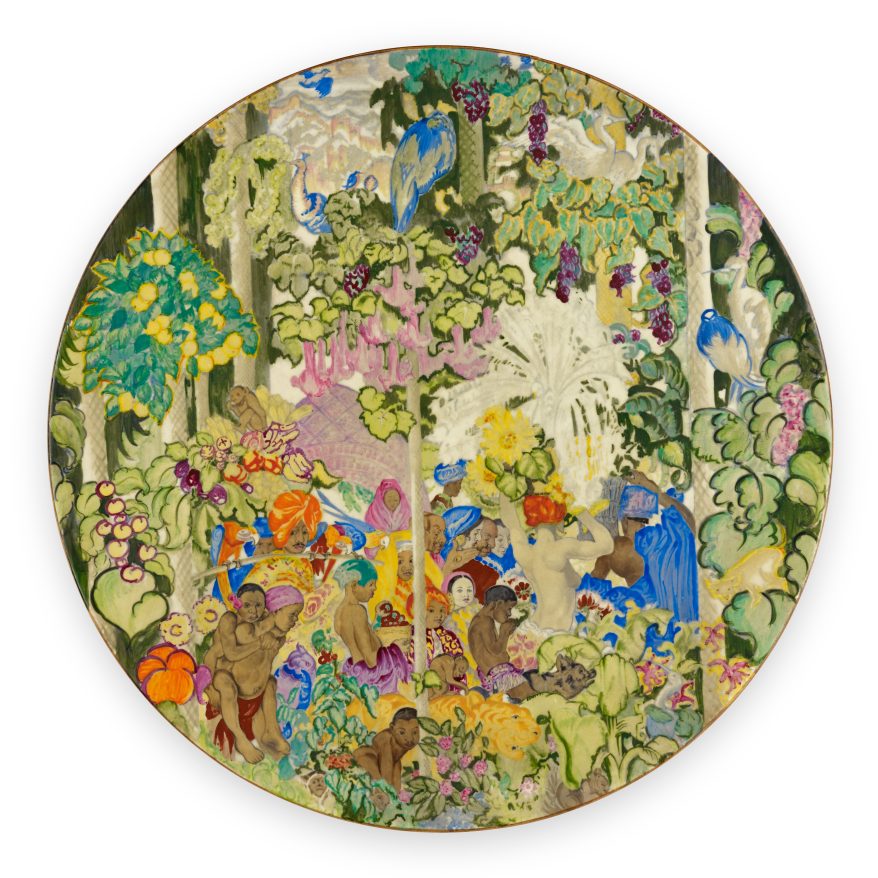 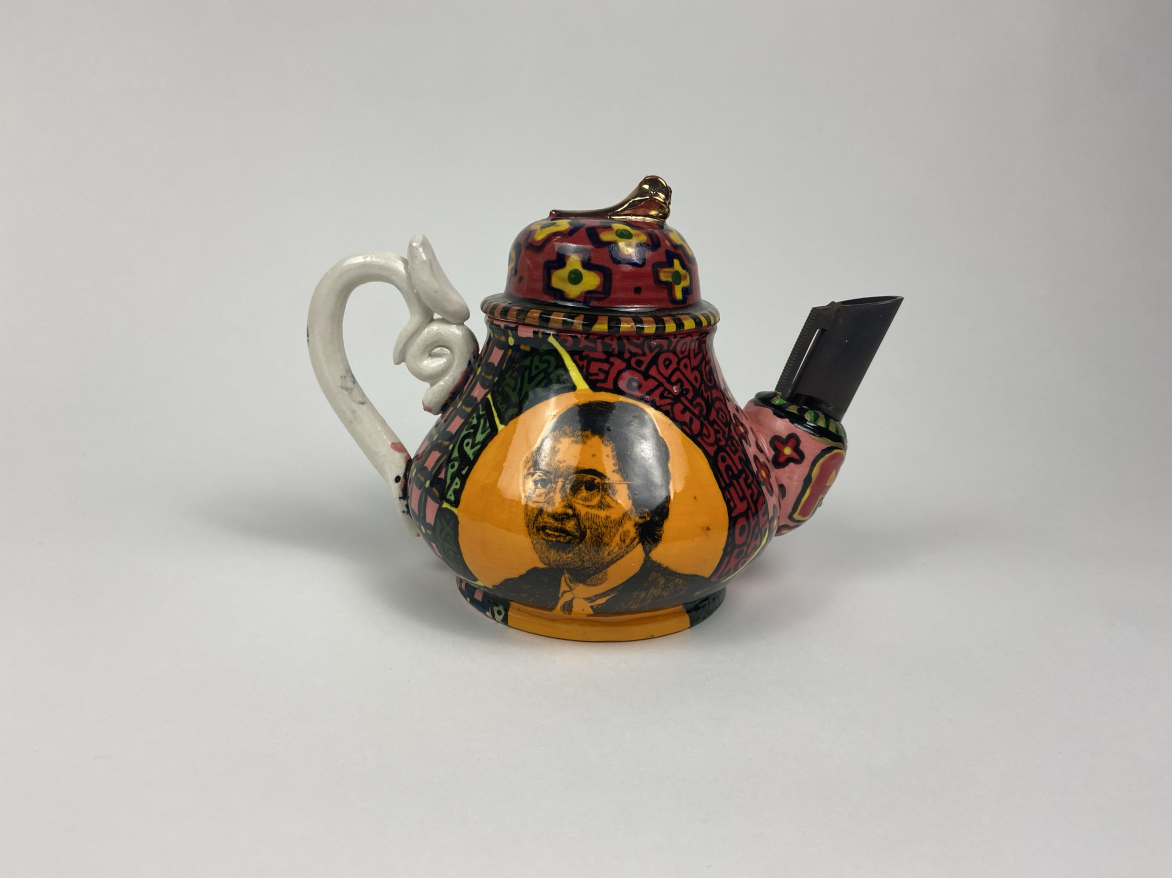 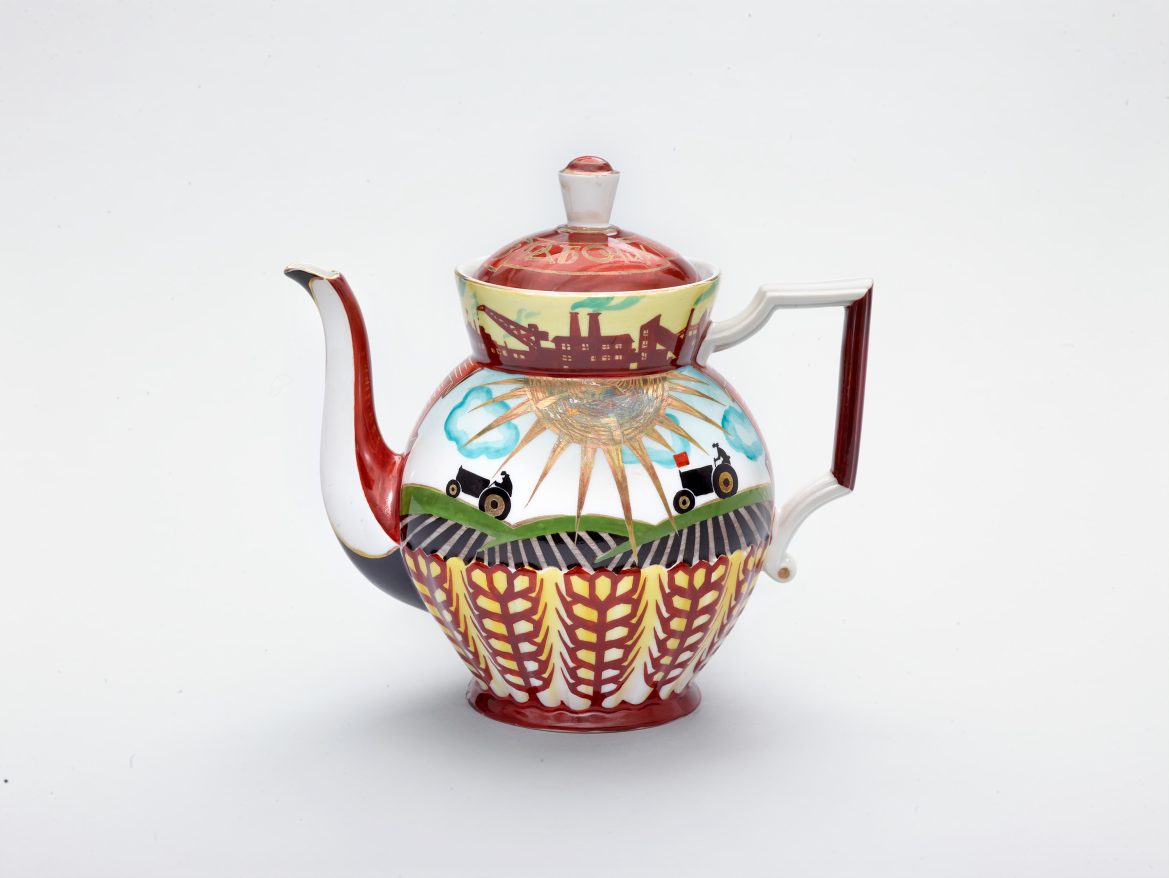 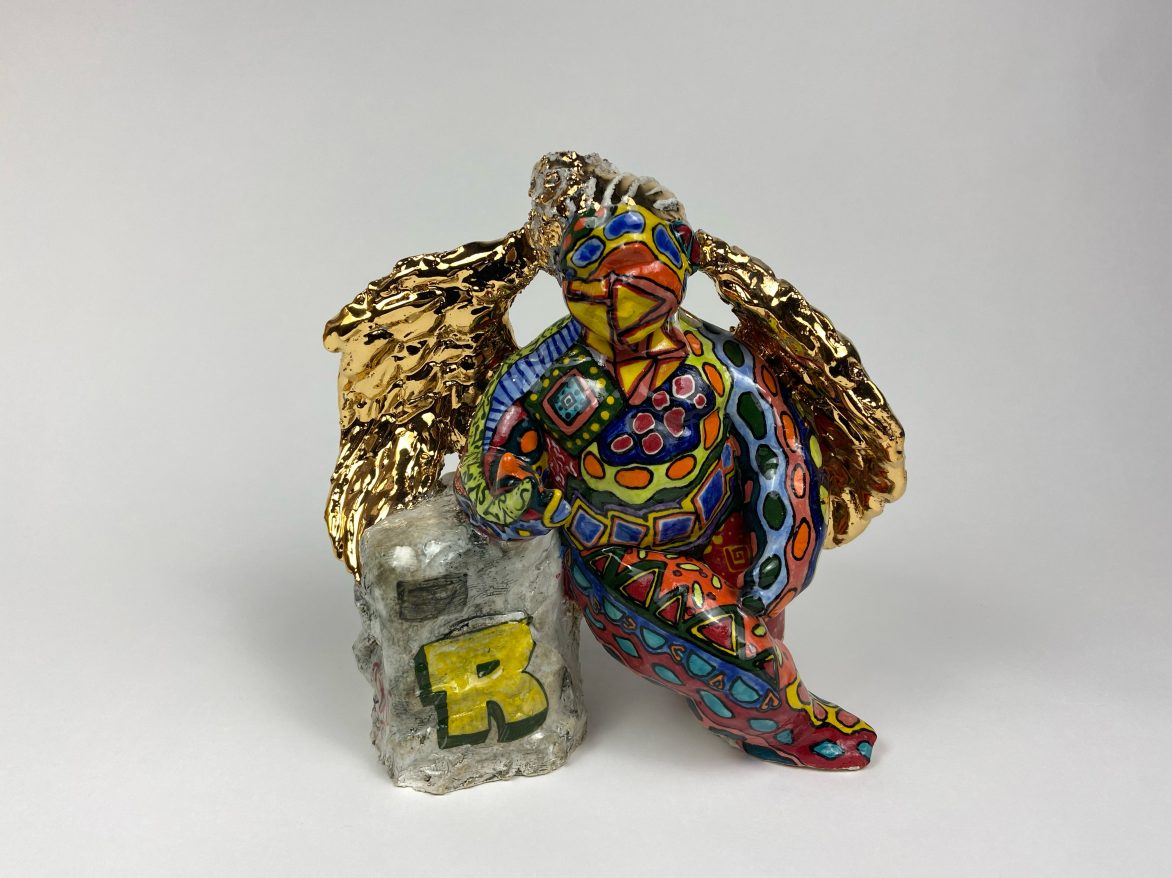 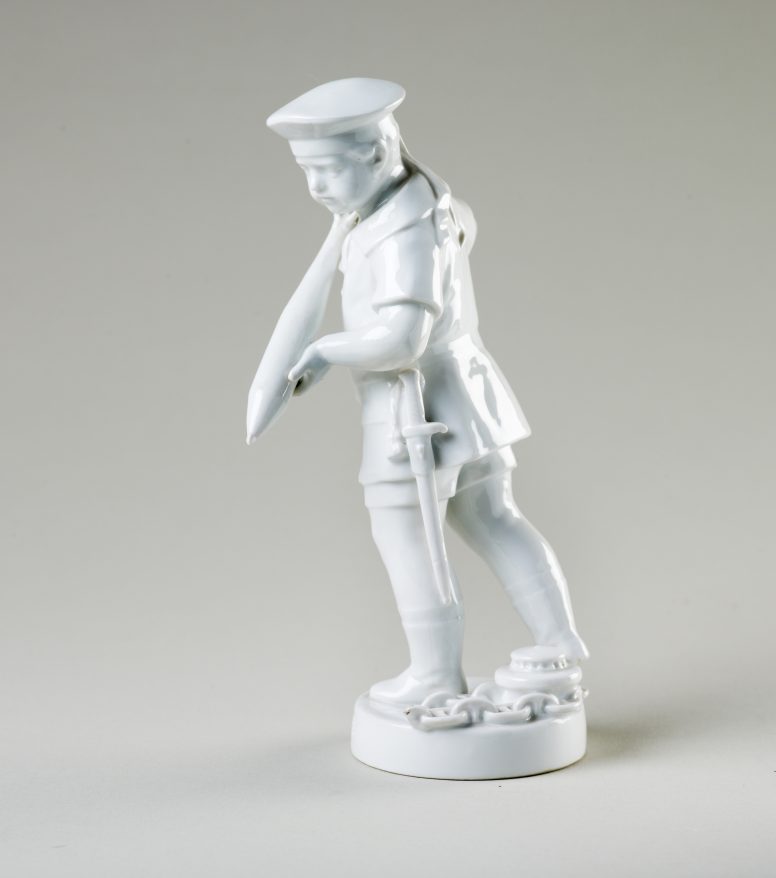 For artist and activist Roberto Lugo, the past is always present. He mines the history of ceramics to create artwork with contemporary urgency, turning luxurious porcelain forms—often used to mark major events or memorialize monarchies and political leaders—into agents of change and disruption. At The Wolfsonian, Lugo looks to the museum’s significant collection of 19th- and 20th-century European and American ceramics, producing new work inspired by these objects but depicting the histories, experiences, and heroes of Black and Brown communities so often ignored by the historical record.

On the exterior of the museum, Lugo brings his characteristic style and approach to Miami’s own underexplored stories, designing a mural that commemorates the Bahamian, Haitian, and wider Caribbean communities that made and shaped South Florida while weaving in his own family history in Puerto Rico. Connecting the gallery installation to the street, and the Wolfsonian collection to the lives of present-day Miamians, Lugo invites visitors to consider the intersection of race, politics, and memory in the built world around them.