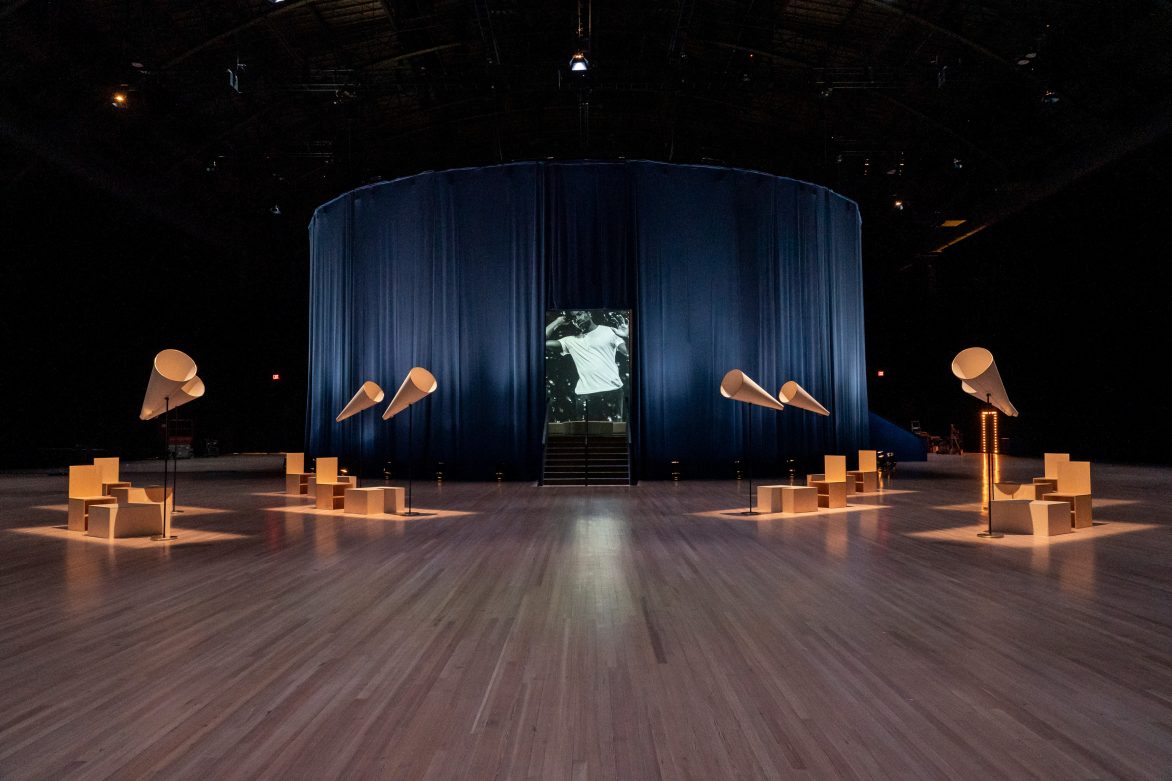 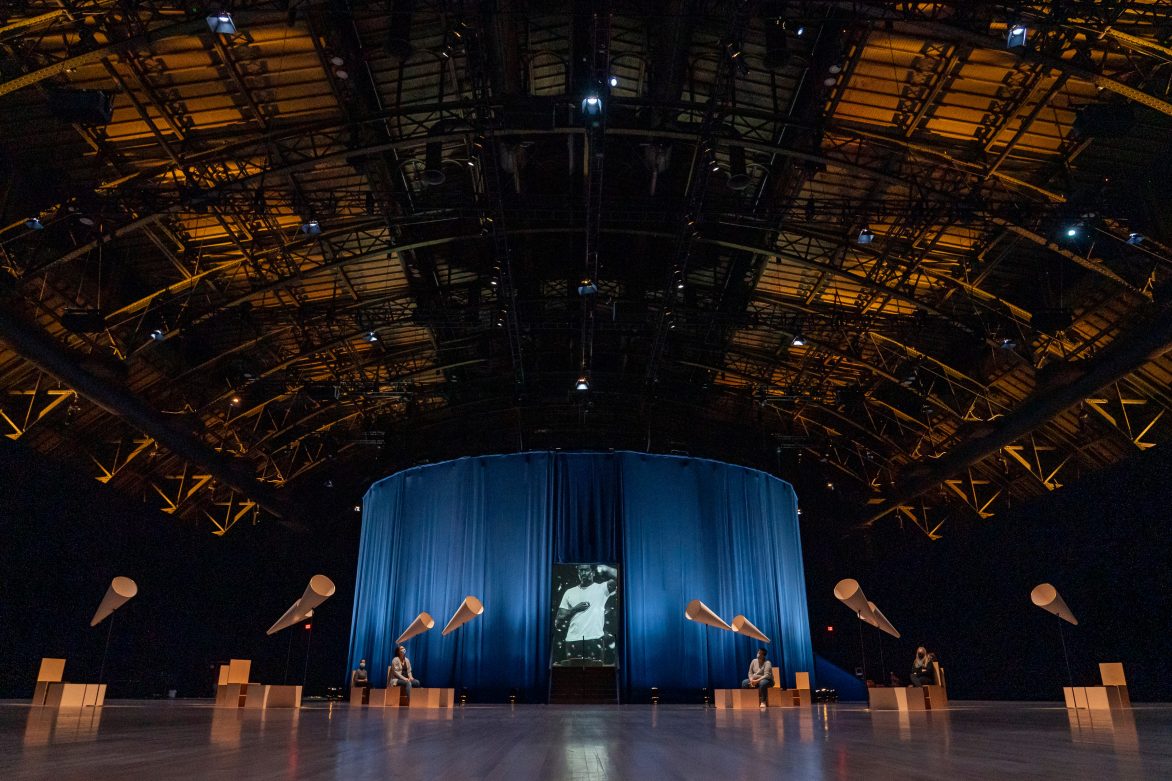 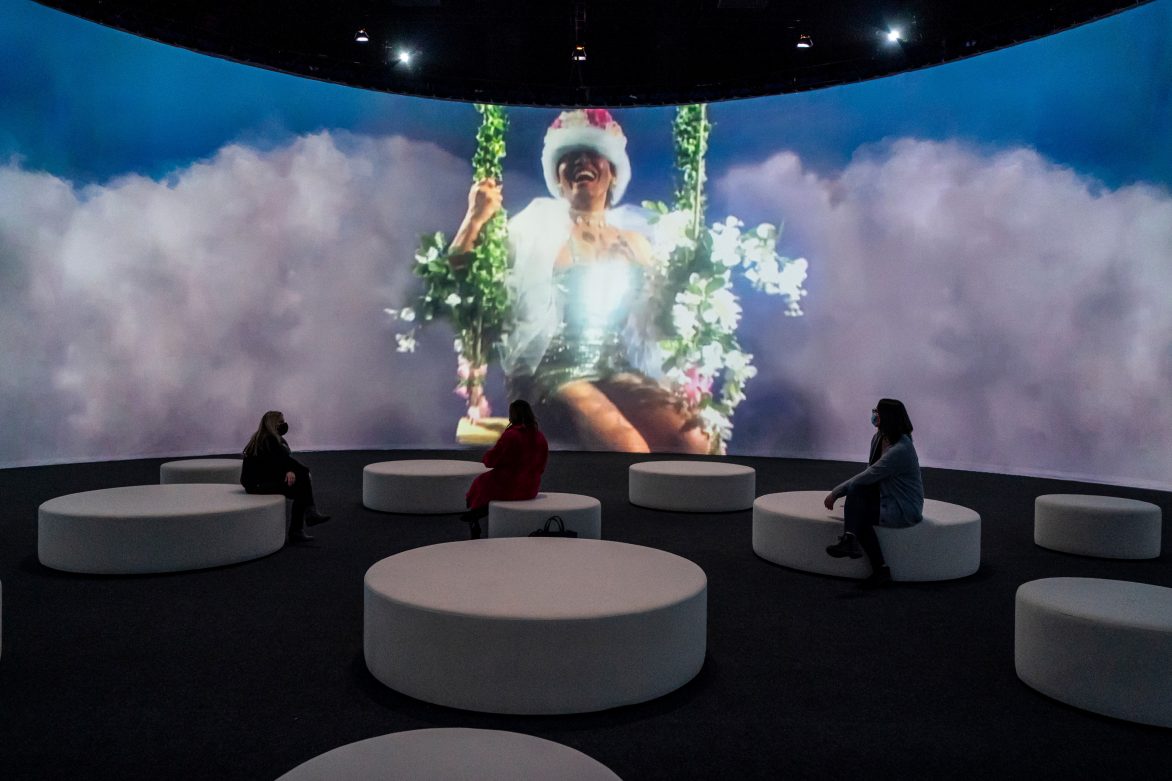 Carrie Mae Weems, an artist who has consistently and poignantly addressed the conditions of race in the United States, will create a multi-work installation and series of performances titled The Shape of Things. Weems’ unflinching gaze at what she describes as the “pageantry” and “circus-like” quality of contemporary American political life find form in a series of large-scale installations and a cyclorama (a panoramic image on the inside of a cylindrical platform) of six to eight projections of new and existing film footage where Weems addresses the turmoil of current events and the “long march forward.” Suggestive of a 19th-century carnival with dioramas based on spontaneous street memorials, peep shows, and a Pepper’s Ghost, The Shape of Things is an incisive, powerfully emotional, and critical reflection on events both deeply embedded in American culture and history and the explosive events of the past year.