Triple Canopy is a magazine based in New York. Since 2007, Triple Canopy has advanced a model for publication that encompasses digital works of art and literature, public conversations, exhibitions, and books. This model hinges on the development of publishing systems that incorporate networked forms of production and circulation. Working closely with artists, writers, technologists, and designers, Triple Canopy produces projects that demand considered reading and viewing. As an online journal Triple Canopy has established itself as an important platform for creative and critical arts writing and a venue for in-depth dialogue about contemporary art. Its distinctive approach enables artists and writers to develop digital projects and print publications that encourage collaborative research and aesthetic risk-taking. 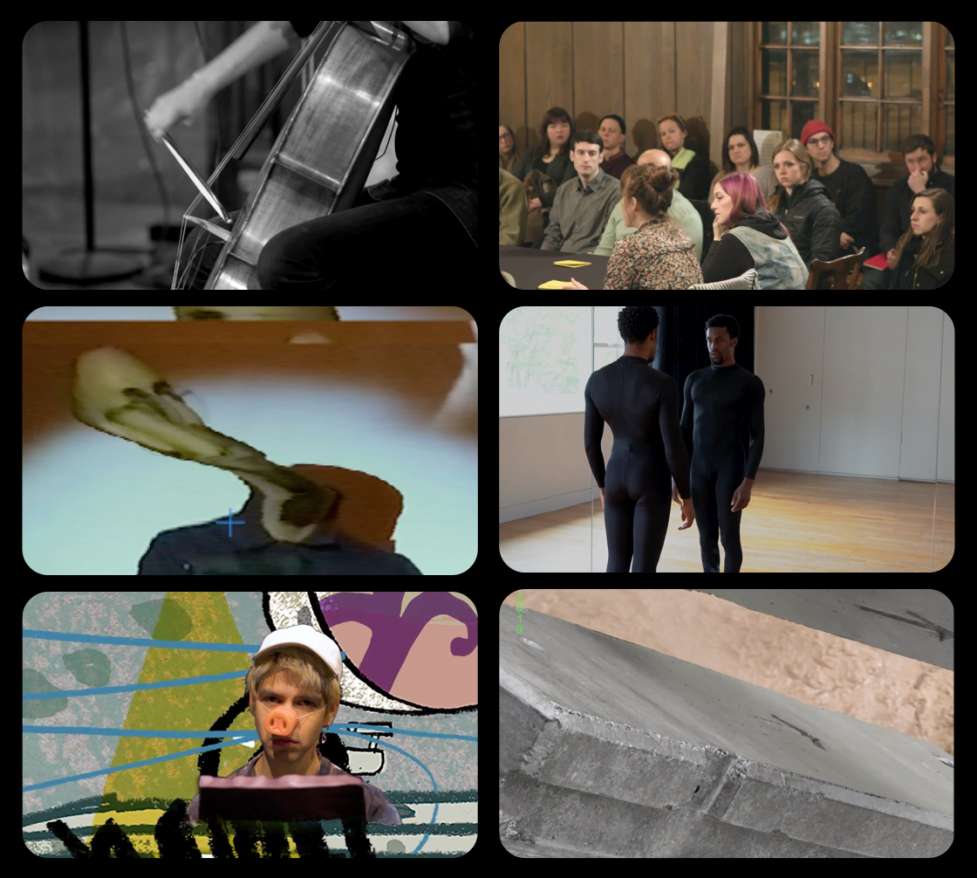 Promotional image for Parts of Speech, published on June 17, 2020 to launch Triple Canopy’s twenty-sixth issue, which is devoted to the entanglement of speaking and listening. The series comprises six digital contributions that make use of event documentation, video works, scripts, interviews, and essays to investigate the capacity of public speech to win trust, mold opinion, and orchestrate movements. Parts of Speech derives from a public programming series of the same name, which was organized with Public Fiction and the Museum of Contemporary Art Chicago and presented at sites of assembly throughout Chicago from February to May 2019. Featured contributors: the writer and filmmaker Astra Taylor, the novelist and critic Hari Kunzru, the artist Steffani Jemison, the cellist and composer Tomeka Reid, the artist and entrepreneur Christopher Kulendran Thomas, and the comedian and writer Julio Torres. Link: https://www.canopycanopycanopy.com/issues/26/contents/pos 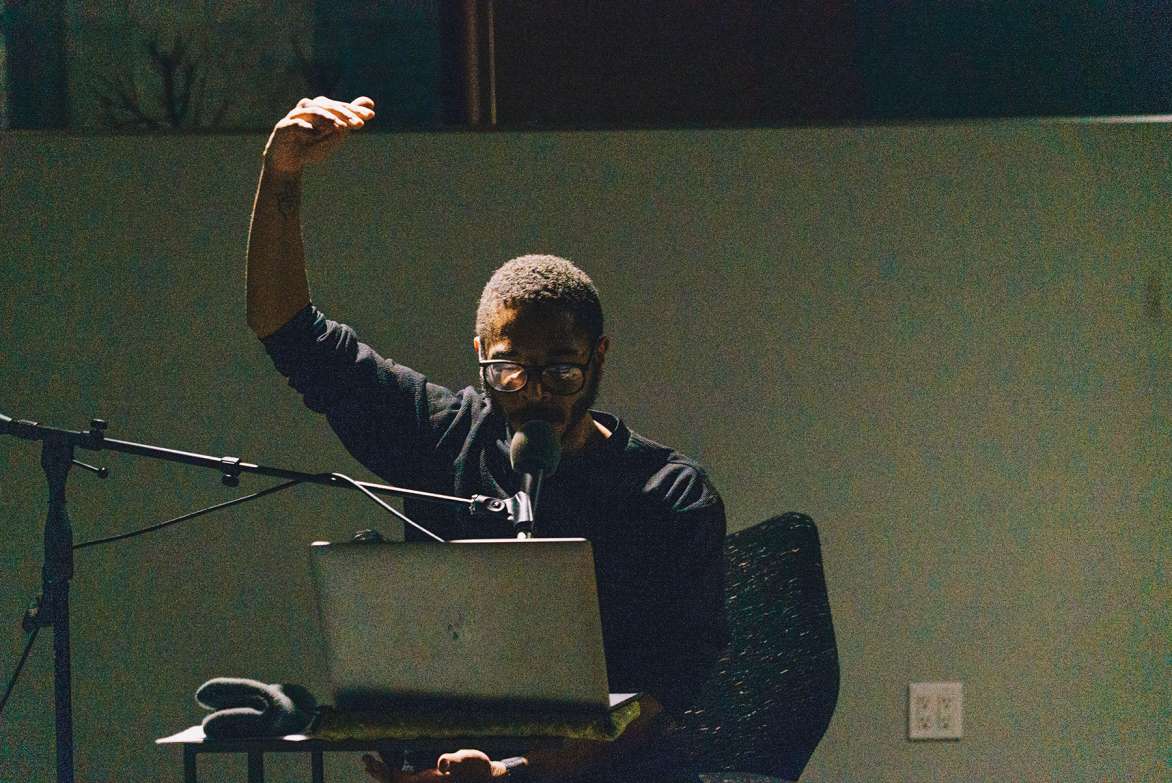 The artist and performer Jeremy Toussaint-Baptiste delivers a lecture-performance on embodied, racialized, and potentially liberatory aesthetic of low frequencies in black music, at In Mono, on February 18, 2020. 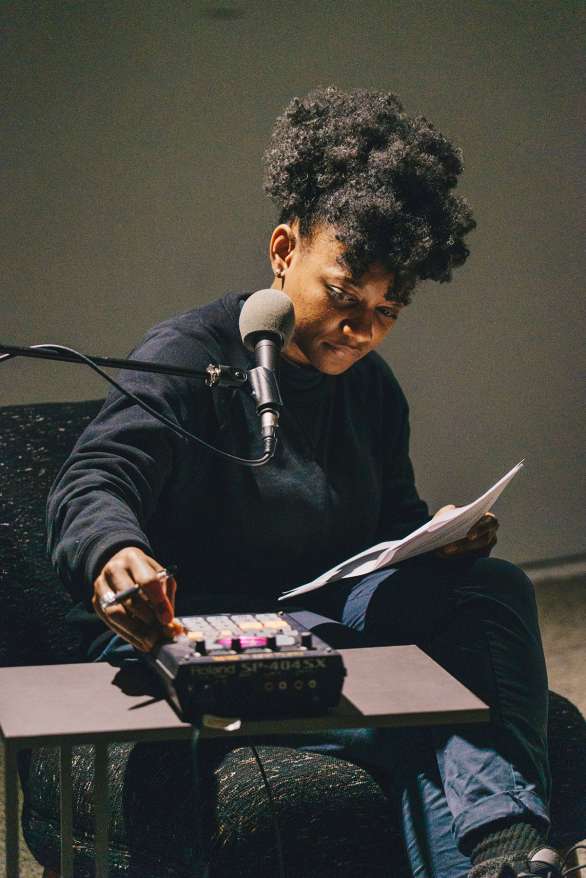 The artist and performer Nikita Gale delivers a lecture-performance on the racial and gendered politics of pop music production at In Mono, on February 18, 2020. 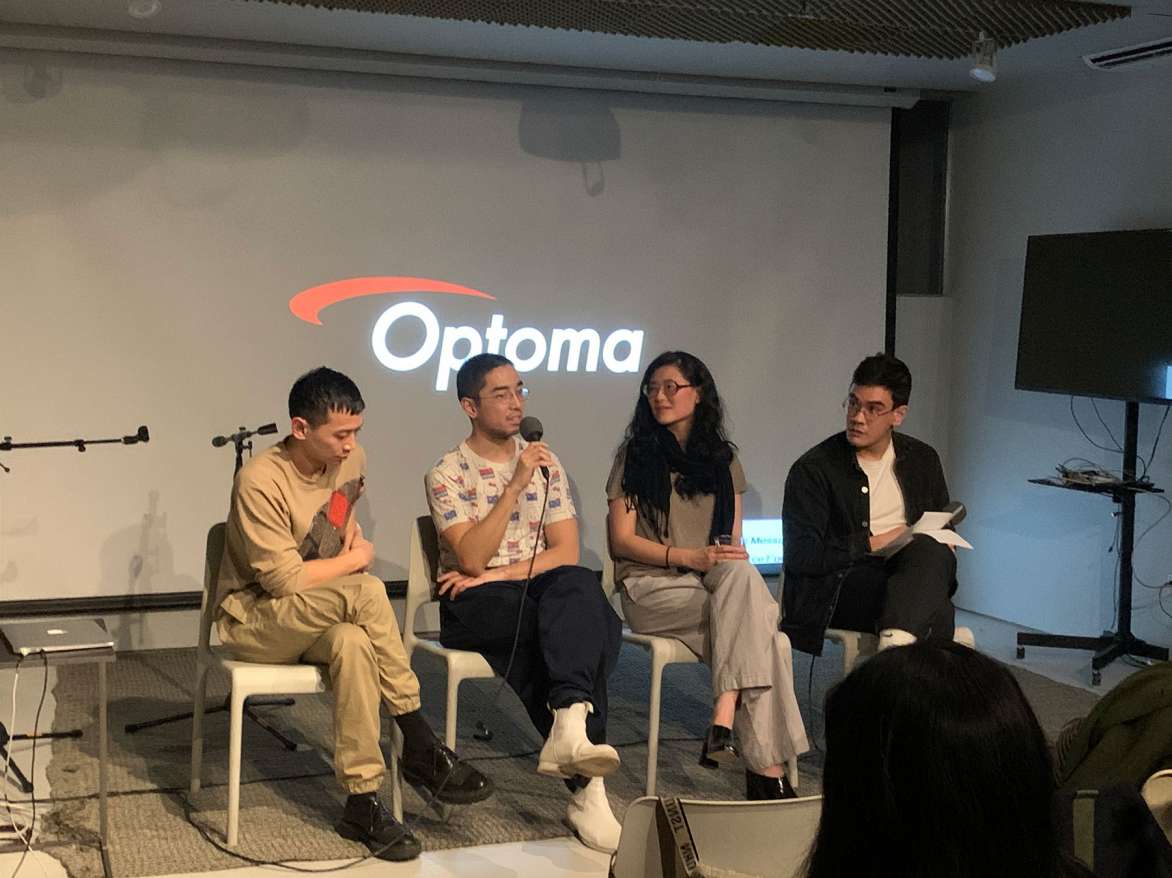 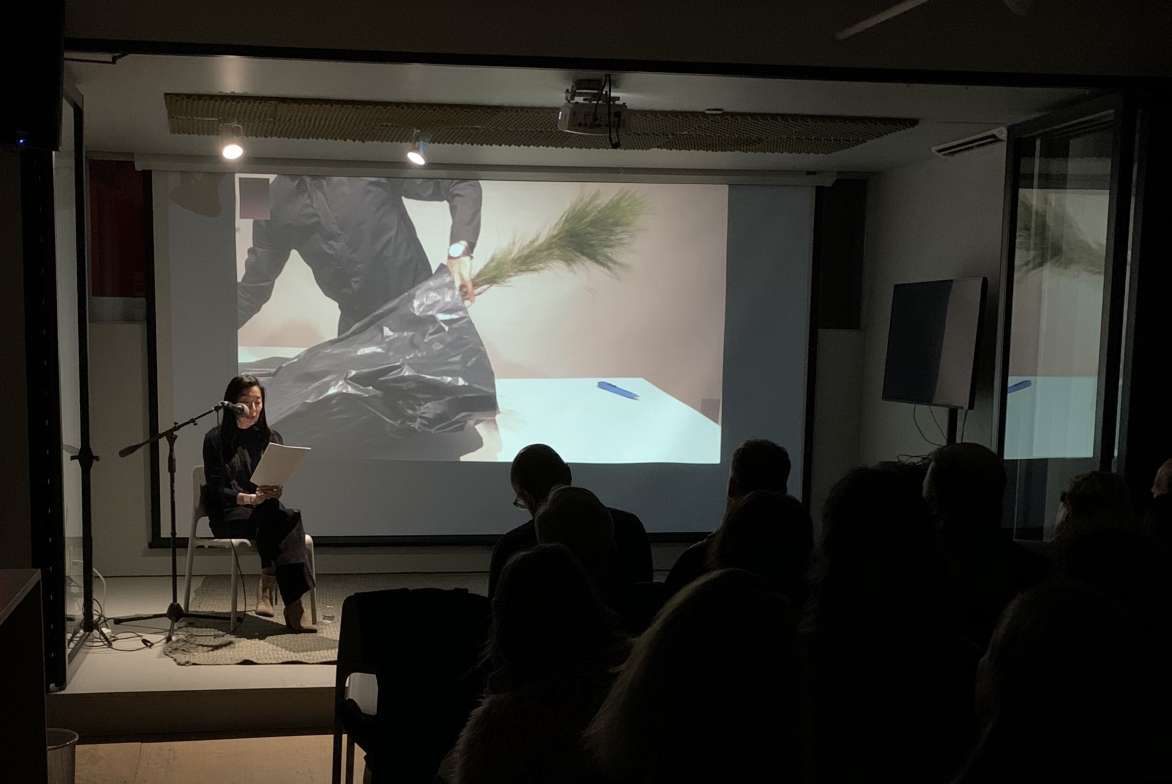 The novelist Katie Kitamura reads from a novel-in-progress—inspired by a varietal of genetically modified pine tree (as Triple Canopy editor Alexander Provan unboxes and pots a sapling of the same species via livestream) at the artist duo Goldin+Senneby’s event "Crying Pine Tree," on January 30, 2020. 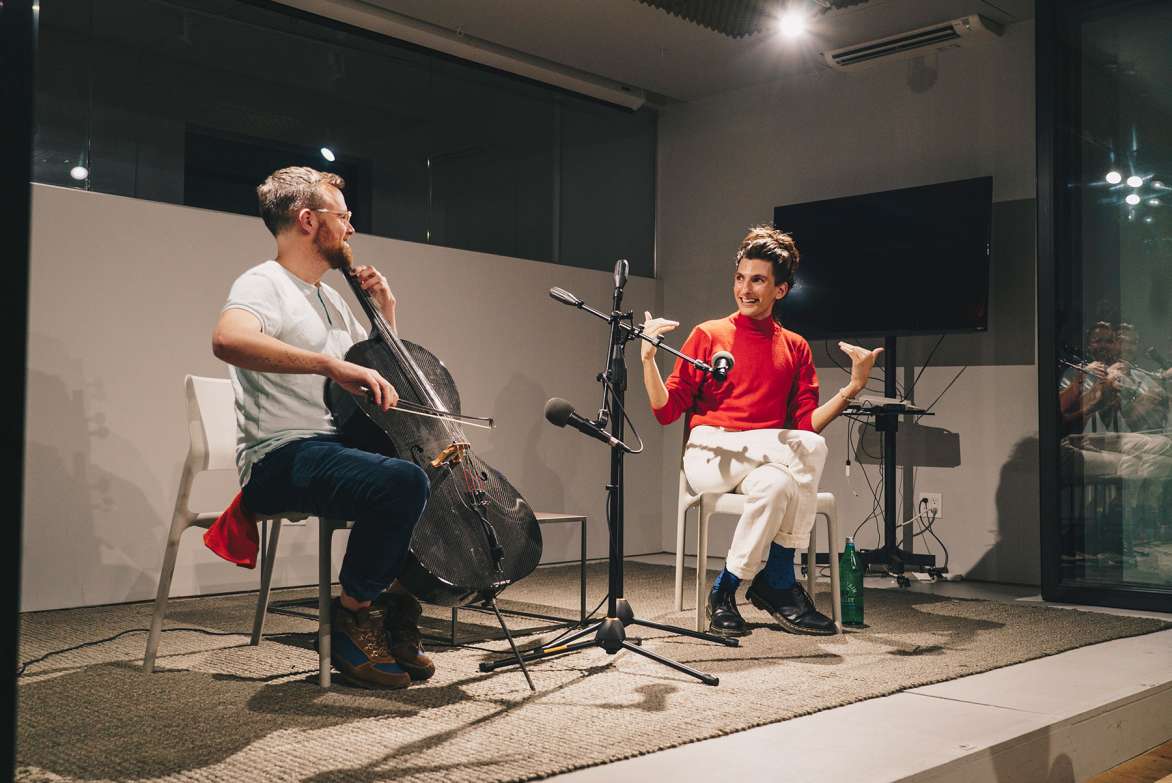 The composer and scholar Ethan Philbrick and comedic performer Morgan Bassichis improvise music at Welcome All You Dragonflies on December 12, 2019. Audio documentation: https://soundcloud.com/triple-canopy/december 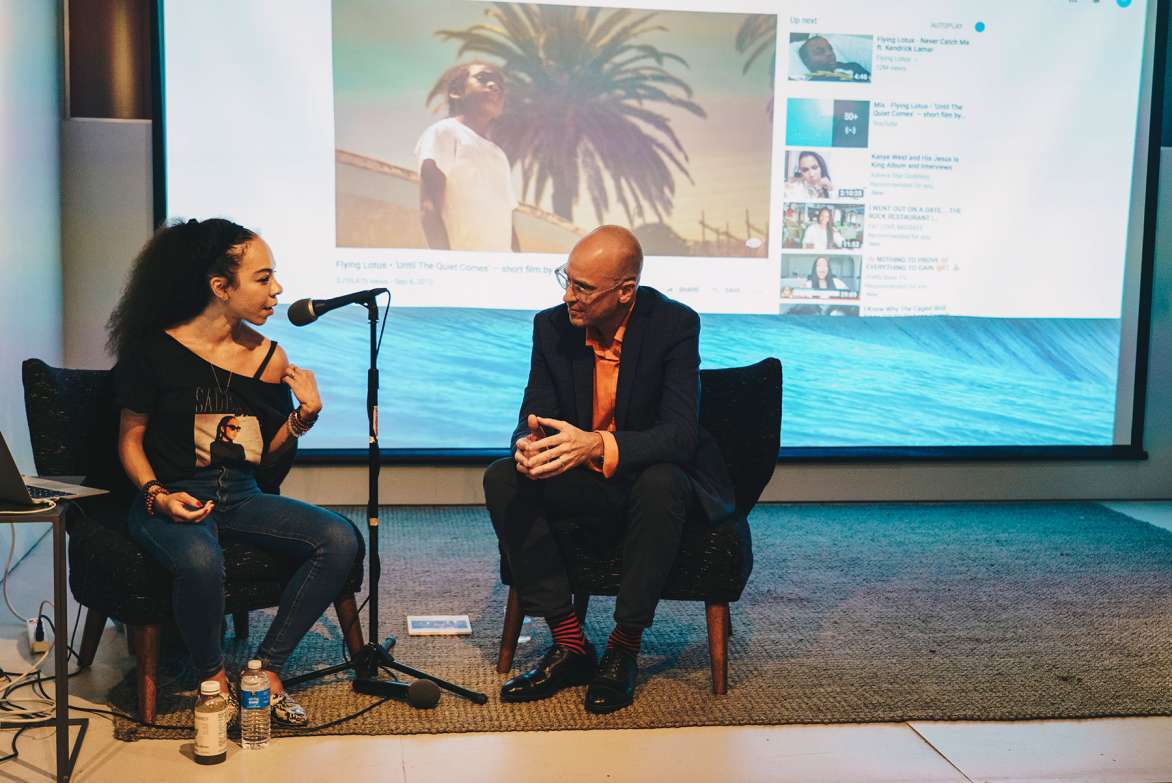