The Andy Warhol Foundation for the Visual Arts will award a total of $413,500 in Fall 2018 Curatorial Research Fellowships, the highest amount since the program began in 2008. Fellows will receive grants of up to $50,000 to support new scholarship on contemporary artistic practice, particularly that which is experimental and under-recognized. Research activities include travel, visits to relevant museums, archives and collections, convenings of colleagues and advisory groups as well as the development of related publications. Recipients were selected through the foundation’s biannual open submission process. Curatorial Research Fellowships account for $708,500 of the foundation’s current fiscal year grants budget which totals $13.9 million.

“The curators in this group will conduct research on artists and movements that have been overlooked or ignored while engaging with, in many cases, difficult subject matter that is timely and culturally relevant. Their projects will bring new perspectives and methodologies to bear on the study of exhibition-making and currents in contemporary art,” said Joel Wachs, the foundation’s President.

Commenting on the role the fellowship will play in the development of the exhibition Exposure: Native Art and Political Ecology, Manuela Well-Off-Man noted that through interviews with Native populations living on former military test-sites, the fellowship will allow “us to give Indigenous artists a voice to address the long-term effects of man-made, hazardous disasters on Indigenous communities, and consult with experts in the field, including scientists and environmentalists, who can help shape the project.”

In a joint statement, Naima Keith and Diana Nawi reflected on the award’s significance in the early stages of planning for Prospect.5, “We are thrilled to receive the fellowship to support our research at this stage. So much of our methodology is dependent on deep dialogue, and this award enables us to be on the ground and in conversation with different communities and cultural producers in New Orleans, the broader region, and beyond.”

The Curatorial Research Fellowship program is in its 11th year; it has awarded $4.2 million to 125 curators to date. Curators at any career stage are encouraged to apply; applicants must have the formal support of an institution. The next deadline is March 1, 2019.

Kyung An | Solomon R. Guggenheim Museum, New York, NY
Kyung An, with co-curators, Soojung Kang (Senior Curator, National Museum of Modern and Contemporary Art, Seoul), and Joan Kee (Associate Professor of History of Art, University of Michigan), will explore the dynamic experimental artistic practices that emerged in South Korea in the late 1960s and early 1970s as well as the core groups of artists who spearheaded them in preparation for an exhibition in 2021/22.

Janet Dees | Block Museum of Art, Northwestern University, Evanston, IL
In preparation for the exhibition A Site of Struggle: Making Meaning of Anti-Black Violence in American Art and Visual Culture (working title), Dees will travel to conduct research in archives and collections around the country. She will also bring together scholars, artists, community members, and others for in-depth discussions of the manner in which anti-black violence has been depicted in art over the 19th and 20th centuries and in our day.

Daniela Lieja Quintanar | LACE, Los Angeles, CA
Lieja Quintanar is undertaking a project that traces a genealogy of collective artistic practices responding to border violence in Mexico and Central America, and that also examines the ramifications of such violence in US immigrant destination cities like San Diego, El Paso, and Los Angeles. Lieja Quintanar will travel to specific border cities where she will meet with and interview emerging and mid-career artists as well as collectives, curators, academics, activists and journalists, culminating in a bilingual publication, public programs, and an exhibition.

Meg Onli | Institute of Contemporary Art, University of Pennsylvania, Philadelphia, PA
In preparation for the first career survey of the work of Ulysses Jenkins, the pioneering black performance and video artist who was a central figure in the Studio Z artist group, Meg Onli will undertake several research trips in California and New York, conduct interviews, and explore Jenkin’s archives. The curators will produce an accompanying publication and timeline that will chronicle Jenkins’ career trajectory.

Philippe Pirotte | UC Berkeley Art Museum and Pacific Film Archive, Berkeley, CA
The Color Curtain and the Promise of Bandung will bring together historical and contemporary artwork that engages with the Non-Aligned Movement, a group of states not formally aligned with any major power bloc that grew out of a historic 1955 conference in Bandung, Indonesia. Working with an international curatorial team, Pirotte will visit Singapore, Bangladesh, Beirut, Ghana, New York, and Paris among other locations as part of his research.

Lydia Platón Lázaro | Museo de Arte Contemporáneo, San Juan, Puerto Rico
To produce Mourning the Dead: Artists response in the aftermath of Hurricanes Irma and Maria, planned for early 2021, Platón-Lázaro will research and document creative projects that engage with the losses and grief that pervaded Puerto Rico following the two named devastating storms that took place amid a crippling economic crisis. In addition to the exhibition, Platón-Lázaro will organize a scholarly conference on the intersection of art history, death, mourning, and resilience from a variety of viewpoints.

Hallie Ringle | The Studio Museum in Harlem, New York, NY
Leading a collaboration between The Studio Museum in Harlem and the Birmingham Museum of Art, Ringle (Hugh Kaul Curator of Contemporary Art at the Birmingham Museum of Art and former Assistant Curator at The Studio Museum in Harlem) will produce a traveling exhibition and accompanying monograph—the first ever—on the life and work of artist Mavis Pusey. As a part of her research, she will travel to New York, London, Philadelphia and elsewhere where Pusey studied and worked, making abstract paintings and prints in the mid to late 20th century. Additionally, Ringle will develop an archive of Pusey’s work, which will be vital in documenting this important, yet under-examined and underrepresented artist.

Manuela Well-Off-Man | Museum of Contemporary Native Arts, Santa Fe, NM
To support the forthcoming exhibition Exposure: Native Art and Political Ecology, planned for 2021, Well-Off-Man will visit Indigenous communities in Australia, Canada, Greenland, and the United States, and investigate how their artists have responded to damage caused by nuclear and uranium poisoning on and around their land. An exhibition catalogue will also be produced exploring the deleterious effects nuclear testing has had on native communities around the world.

Christian Xatrec and Alice Centamore | Emily Harvey Foundation, New York, NY
Something Else will celebrate and explore the groundbreaking publishing project Something Else Press (SEP) founded by Dick Higgins in 1963 and active until 1974. Xatrec and Centamore will travel to related archives in the United States and Europe where they will unearth previously unexplored materials which will illuminate the rhizomatic network of the SEP artists and projects. The presentation, sharing, and discussion of their research will first be manifested and put to use over the course of a four-day gathering of scholars, curators, artists, and publishers, to take place at The Emily Harvey Foundation in September 2019. 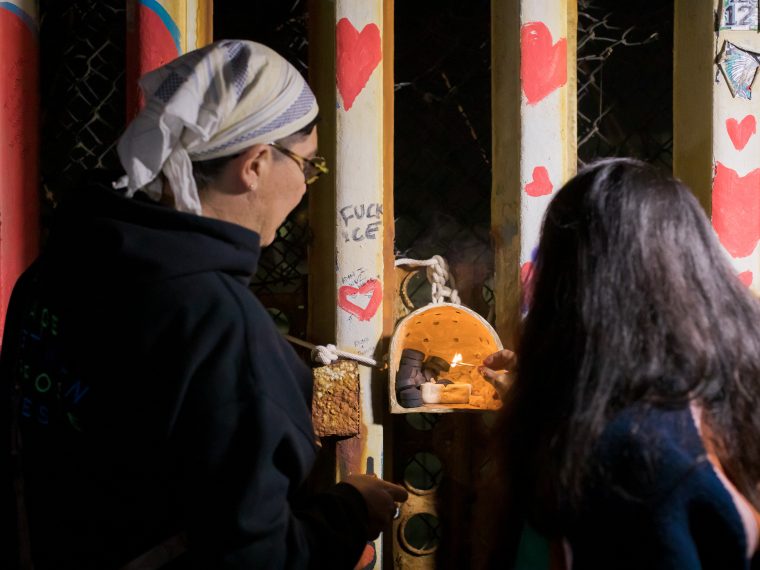